Vogue It Up Ladies

It's been a while but once again, a look at some of the recent programs that I have been watching. 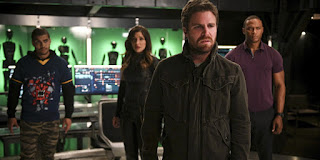 Arrow: It's amazing that the absence of a certain ship this season has rapidly improved the quality in the show, even if there's a walking reminder who now thanks to the Monitor is in the present day. On one hand, that takes the flash forwards out of the equation for the time being but on the other hand - yeah, Mia is just awful but at least we get William and Connor in the present day, we've had reappearances from Thea, Talia and Curtis and Katie Cassidy-Rogers did a blinder with her directorial debut for the show. 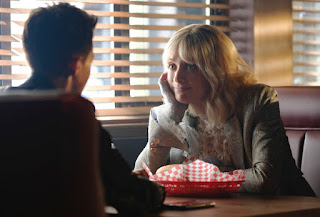 Batwoman: This show still suffers from Ruby Rose being an incredibly wooden lead (any emotional scene and she struggles badly) but between Alice, the addition of Mouse and any scene that Mary has shared with Sophie and Luke has been rather fun. The show did a decent take on the Executioner but characters like Catherine and Jacob are pretty weak at times and even for a CW show, there can be some cringe worthy dialogue at times. Still, it's not as bad as I thought it would be but there's so much better out there. 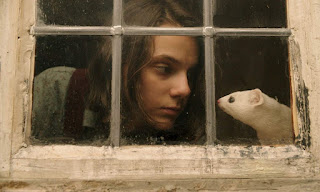 His Dark Materials: Confession time: I've never read the source material and have no desire to. I've never watched the movie that came out a few years ago with Daniel Craig and Nicole Kidman and after watching the first two episodes of BBC and HBO's adaptation, I don't think I'll be going much further with this show. Aside from a sublime performance from Ruth Wilson (someone get her for Doctor Who), this star studded fantasy epic has left me largely unengaged. It's gonna be a pass for me. 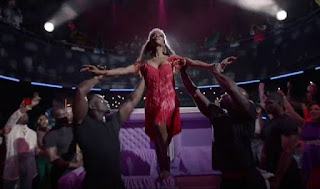 Pose: For a moment I was worried and feared that BBC2 would drop this show after the ratings for the first season being rather underwhelming to put it mildly. The good news is that they've been airing the second season on Saturdays in double bills and it's been fantastic. The first season was great but this season has been even better. We've seen Angel and Ricky move on with their careers, Blanca and Pray Tell confront their illnesses, Elektra slaying with the quips and a poignant episode focusing on Candy's life/death/funeral was a series highlight. I'm so glad this show has been renewed for a third season. Sublime television. 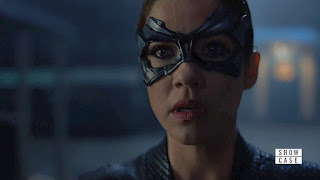 Supergirl: Of all the CW DC shows on the air at the moment, this one remains the weakest but the most recent episode was a surprising series highlight. I still don't great care for William and Andrea as characters but the latter has become slightly more interesting now they're delving into the Acrata storyline with Leviathian. On the other hand though, Jimmy got a rubbish exit, Lena has crossed too many lines and everything else feels like it's treading water until a certain event in December. 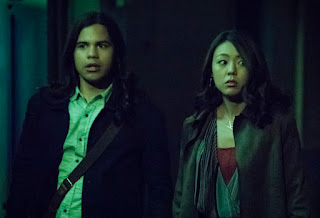 The Flash: Eh, this season has also lost a lot of momentum and it's been building ever so much to that certain event but unlike another show, not quite as well. It also doesn't help that Bloodwork is one of the dullest villains and that I still don't massively care for the new Wells either. Cisco got a decent standalone episode I suppose and Barry/Iris had some offscreen fun but so far this season has been pretty lacklustre. 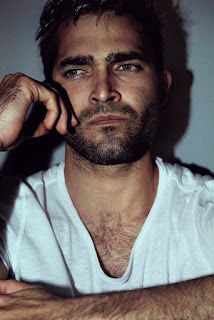 - The CW have added two future DC pilots - Green Arrow And The Canaries (with Katie Cassidy, Juliana Harkavy and Katherine McNamara) and Superman And Lois (with Tyler Hoechlin and Elizabeth Tulloch) for series orders.
- HBO Max will be doing shows for Green Lantern and Adam Strange within the next year.
- Ryan Murphy's Hollywood Netflix series will be released from May 1st 2020.
- Stranger Things has officially been renewed for a fourth season.
- Expect fan favourite actors for American Horror Story's tenth season, which might be it's final season.
- Brooklyn Nine-Nine has been renewed for an eighth season by NBC.
- Sarah Michelle Gellar will also be starring in the FOX miniseries Sometimes I Lie along with the upcoming series, Other People's Houses.
- The Gossip Girl reboot will be going ahead on HBO Max and will be more diverse than the original series was on the CW.
- Titans has been renewed for a third season with Blackfire being posed as the main antagonist for the next season.
-  Gemma Whelan, Predrag Bjelac,Steve Pemberton, Raj Bajaj,Turlough Convery, Camille Cottin and Evgenia Dodina have joined the cast for the third season of Killing Eve.
Posted by shawnlunn2002 at 8:43 AM