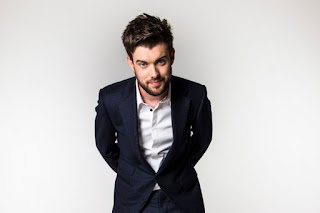 A few days ago, Disney announced that Jack Whitehall had been cast as a gay character (and brother of Emily Blunt's leading character) in an upcoming movie of theirs named The Jungle Cruise. Not a huge amount of details was revealed other than Whitehall's character being somewhat camp but the little information we got was enough to ignite a moderate shit storm on social media with some fans less than enthused with Jack's casting, including the Guardian writing a patronising hot take on how Whitehall being cast in the role is erasing "queer culture". Yeah, I'm not linking that one.

Yeah, this is bullshit. First of all, while I do think Disney missed a good opportunity by not casting a gay actor for the part, the role itself doesn't really sound that alluring and even though I'm not a fan of Jack Whitehall myself, this growing sense of entitlement within the LGBT media over who gets cast in roles is starting to piss me off to be honest.

First off all we had woke social media castigating Scarlett Johansson over being cast in Rub & Tug, which she later stepped away from. This is a movie that now will unlikely be ever made. Last week, Ruby Rose - an actual lesbian actress got ripped to bits over being cast as Batwoman for the upcoming CW series that she deleted her Twitter and now it's Whitehall's turn it seems to bear some of this tedious online faux rage.

Now, there's nothing wrong with being critical with casting choices and even I've mentioned not being a fan of Jack Whitehall but LGBT media while being right in the "representation matters" take on things do need to ease up a bit though. These growing levels of hostile articles over casting news are starting to do more harm for our community than good.

Thoughts on Whitehall's casting, anyone? Anyways, Jungle Cruise is scheduled for released October 2019.
Posted by shawnlunn2002 at 5:53 AM