My Review of "Dexter By Design" 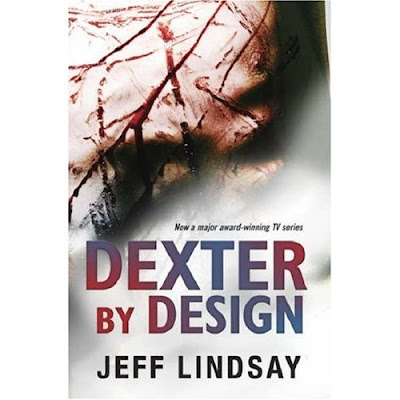 Written by Jeff Lindsay
Released in 2009

Dexter: “Debs, Dad set it up this way. He knew what he was doing.”
Deb: “Did he? Or are you making that up? And even if he did set it up, was he right to do it that way? Or was he just another bitter, burned-out cop?”
Dexter: “He was Harry, he was your father. Of course he was right.”
Deb: “I need more than that.”
Dexter: “What if there isn’t any more?”

I feel so pleased with myself I could squee a little. I’ve managed to get all four books of the series read and there’s only two more weeks for the third season on FXUK (Friday 10pm from April 24th) to contend with.

The fourth book should see Dexter mumbling his way through domestic bliss but much to his relief, there’s a serial killer on the loose and they enjoy nothing more than turning their victims into quite an exhibition. Well, it does help explain the ‘design’ element of this book.

Besides Dexter’ s often described his own work as art so it makes sense that someone else would be similarly view the carnage they’re unloading the same way. Plus it also tied in nicely with the art pieces that we got to see in the first few chapters of the book.

The book’s strongest point occurred earlier on when Deb finally had it out with her brother over his killer tendencies. She’s not exactly been shy in twisting the knife and she doesn’t hold back in telling Dexter that she’s uncertain of whether or not she should arrest him or not.

Fortunately this isn’t something that we have to put up with throughout the entire book because Deb does end getting stabbed by Alex Doncevic, the lover of the book’s main murderer, Brandon Weiss, so she’s largely out of commission here. Still, you do get some nice scenes with Dexter and Chutsky at the hospital.

As for Weiss, he’s not the most engaging of villains but he’s creative enough to leave footage of Dexter on YouTube and when snatching Cody and Astor didn’t work for him, he nearly made an exhibition out of Rita. His death is pretty satisfying though but aside from the video stuff, he doesn’t feel like the biggest threat Dexter’s face, even if he nearly succeeded in dismantling Dexter’s ready made family.

Married life isn’t really all that explored in the book. Rita’s either clueless or victimised by Weiss and Cody and Astor are still determined to make a splash and kill something with Dexter being reluctant to teach them immediately. However they are once again needed when Dexter had his little altercation with Weiss.

As for the ending, I’ll presume that Rita’s pregnant, which I know for definite is a plot that is going to be addressed in the third season. How having a biological child will affect Dexter is going serve an interesting purpose in the fifth book. I can assume that there will be another after this.

- Doakes made another appearance and with a little computer, he can communicate with Dexter.

- Chutsky tried to enlist Dexter in actually killing Weiss at one point. Maybe Dexter could confess his killer tendencies to him.

- Deb’s partner Coulter both took a dislike to Dexter and suspected him of not being quite right.

- Rita’s disapproval of the Mona Lisa was the first time Dexter acknowledged that she could surprise him.

- The tagline for this book was “Bad blood runs deep”.

If you’re a lucky European then you could’ve bought “Dexter By Design” months before its US release (I’m guessing it’s being held back to tie in with Season 4 on Showtime). It’s a good book, fun in parts but not the best from the series either.