My Review of "Dead To The World" 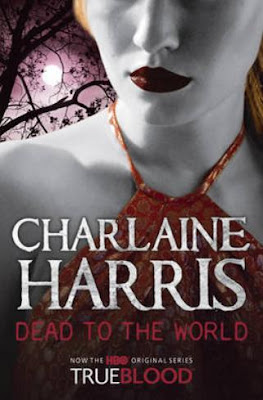 Written by Charlaine Harris
Released in 2004

There’s a reason why I prefer not to bother with New Year Resolution – I’m bad at keeping them and to be fair, Sookie’s chance of staying out of trouble were never going to be successful. The girl just attracts it wherever she goes. Here’s another good example of that.

In the previous three books, we’ve had a serial killer targeting fang bangers, the Fellowship and Russell Edgington, so it’s time for some witches to come into play, yes? Except this lot aren’t the conventional bunch.

Sure they’re nasty but when the last time you saw or read about witches who can shape shift and guzzle vampire blood? Never and it gives Hallow and her nasty brother Mark’s coven a bit of an edge. Sookie got drawn into their world the second she decided to help Eric out again.

Giving Eric memory loss for the majority of the book was certainly an interesting turnaround. Stripped of his arrogance and entitlement, the book played on a more vulnerable Eric, almost dependant on Sookie for safety and emotional support. It’s also in this very book that Eric and Sookie finally do the deed in quite the understated manner.

Things used to be simple when Sookie had no sex life so to speak of. Now she’s got three suitors all eager to get into her good books. Bill seemed to be keeping his distance in the hope that she’ll take him back, Eric was mostly glued to her for the majority of the book and Alcide was uncovering corpses with her.

Much as I like Alcide, he did still come complete with the repugnant Debbie. It’s not that Debbie’s a bitch to Sookie that bothered me; it’s just that she’s a plain psycho. Even after being abjured, she made two efforts to kill Sookie. On the plus side, Sookie managed to do us all a favour and end Debbie’s miserable existence.

As for the Hallow/Mark segment, the disadvantage of the book is that often the baddies feel unexplored. Apart from power of Shreveport, there’s very little in the way of depth for the character and despite an excellent fight involving shifters, weres, vampires and Hallow’s coven, Hallow herself seemed to be taken of rather easily.

When Sookie wasn’t in another life or death situation, another worry for her was Jason’s disappearance. The book teased for the longest time that Hallow was involved, only for the truth of what happened to him being a lot more interesting. I certainly can’t wait to see that development played out in later books.

- Because I’m such a big fan, I adored the fact that Sookie and Eric were watching tapes of Buffy The Vampire Slayer.
- Bubba doesn’t need an invite to enter another person’s house. That’s one plus side to him being a wrongly made vampire.
- We also got fairies in this book with the introduction of Claudine, who largely hung out with Tara.
- Chronology wise, this was based in January. Unsure of the year though.

“Dead To The World” isn’t my favourite of the bunch but this book series is cracking stuff. I still want more stuff on the likes of Sam and Tara but the Bill/Sookie/Alcide/Eric quadrangle is surprisingly quite interesting as is Jason’s new fate.