Let's Blow Up The Island

I was meant to post this last week but things got in the way, so here's a look at some of the more recent finales I've watched. 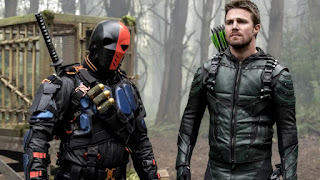 Arrow: I have to say that overall, the fifth season of this show has been something of an improvement compared to previous ones and finale wise, I definitely think this was one of the strongest we've had. Featuring so many returning characters (Deathstroke, Malcolm, Nyssa, Black Siren etc) and a fantastic battle of wits between Oliver and Prometheus (who really did turn out to be a great villain this season), the episode ended on a rather explosive cliffhanger. I have a feeling there won't be that many casualties going into the next season, but it definitely a good way to keep viewers in suspense though. 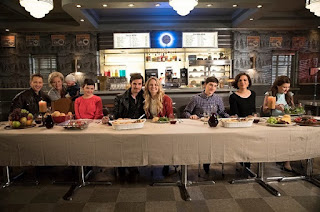 Once Upon A Time: Solid flashback episodes for Zelena and Black Fairy/Fiona to one side, the last three episodes really seemed to serve as a series finale and had ABC been smart, they would've ended the show end here. I know we're getting an older Henry next season with his own kid and Regina/Rumple/Hook are remaining, but this show is going to suffer without Emma, Snow and Charming and I'll miss Zelena and Belle a bit too. As for the last three episodes, I loved the musical episode and thought it was one of the best episodes the show has ever done while the two Final Battle really should've served as the series finale with the amount of stuff it resolved. 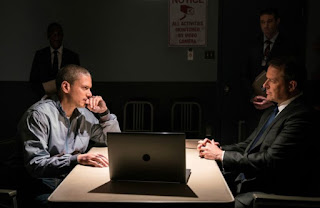 Prison Break: I have to admit that this revival hasn't been half as exciting as it could've been. Despite only being nine episodes long, the show did suffer from a bit of a mid series lull and keeping the action in Yemen for the majority of the season wasn't actually that great an idea in retrospect. Michael's reunions with Lincoln and Sara were great but Jake/Poseidon lacked as a villain, Whip was a bit annoying (and super contrived that he happened to be T-Bag's son), Sucre was underused and none of the other newer characters really stood out. That said, the last episode did serve more as a series finale than the one we were given back in 2009 and unless there's a better thought out story to tell, here would be a good place to end the series again. 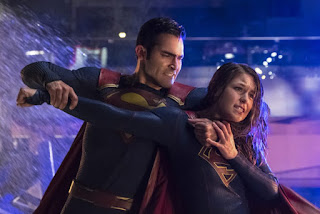 Supergirl: The final few episodes of the show's sophomore season were pretty enjoyable to watch. As a villain, Rhea certainly upped the ante with her Daxamite on Earth antics and the returns of both Superman, M'Gann and Cat Grant added some momentum into the mix as well. While the show seems to have put both Kara and Mon El's relationship on hold (where did he end up?), it did give us a proposal for Alex and Maggie, gave Lena something interesting to do while Lillian made for a fun grudging ally for about five seconds. Oh and there's another pod to mull over for next season as well. 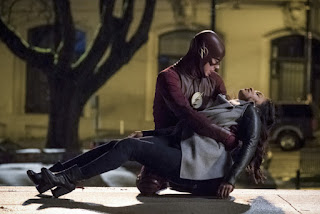 The Flash: Not going to lie - Savitar has been the weakest villain we've had in the show's three years on air and I beyond glad that next season's Big Bad won't be a speedster. On the other hand, I loved how the finale subverted things. While it was sad to lose HR (but not Tom Cavanagh, he's not going anywhere), it was better that we didn't lose Iris instead and the fact that she was the one to end Savitar's reign of destruction was also a nice twist along with Caitlin mapping out another destiny for herself as Killer Frost. Barry being trapped in the Speed Force provides a little obstacle for the start of next season but I imagine he won't be stuck there for too long though. 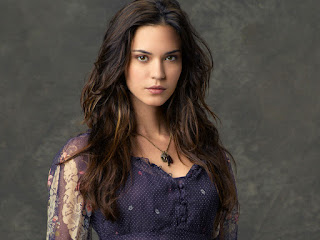 - Odette Annable has been cast as a series regular for Supergirl's third season. She will be playing the main antagonist, Reign while Floriana Lima will be recurring next season.
- Tala Ashe will be playing Muslim-American activist superhero Zari Adrianna Tomaz as a regular for the third season of Legends Of Tomorrow. The character will be from the year 2030.
- Gotham's fourth season premiere has the current title of Pax Penguina.
- UK viewers will be able to see Outlander once again as More4 have acquired the rights to the series and will be airing it soon.
- BBC1/BBCAmerica have announced that Luther will be coming back for four new episodes for 2018.
- Fargo's currently airing third season may be it's last.
- Midnight, Texas will air on SyFy for UK viewers shortly after it's US transmission on NBC.
- 24: Legacy has been cancelled by FOX.
- Freeform have ordered a pilot for a US version for Misfits. Casting has yet to be announced.
- Game Of Thrones eighth season will be six episodes (now confirmed by HBO) but it might not air until 2019.
Posted by shawnlunn2002 at 5:42 AM

Labels: Arrow, Once Upon A Time, Prison Break, Supergirl, The Flash