Moffat vs Barrowman: Is Torchwood Being Blocked?

Well, the end of last week certainly gave us fans of Torchwood something to chew as John Barrowman gave people a clue as to why the series has not been on the air since Miracle Day aired back in 2011. 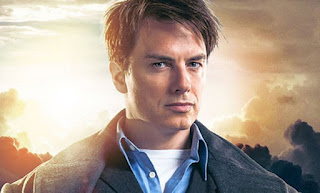 According to John Barrowman at a recent convention, it seems that "certain egos" have stopped the popular spin-off (currently revived in audio form, via Big Finish) from returning to BBC1. In fact, Barrowman's comments seemed to be aimed at current/imminently departing Doctor Who showrunner Steven Moffat playing some role in Torchwood not being brought back with even a suggestion of Barrowman also having a meal with Chris Chibnall about the show's possible television return. Needless to say, certain fans ran with this on social media and piled it on Steven Moffat with the latter forced to make a response. 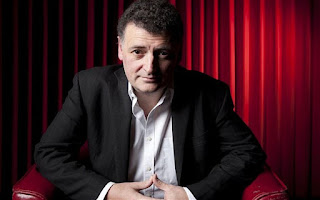 Moffat's response being this ....

“To be very clear – I haven't blocked it; I wouldn't block it; I wouldn't even be ABLE to block it. I didn't even know a revival had been mooted till I read about it on the Internet.
“As John perfectly well knows, it's not my show and I could no more prevent it happening that he could cancel Sherlock. I am bewildered, and a little cross, even to be included in this conversation.”
“For the record, I really liked the show (especially the third series) and would be very happy to see more – monsters and mayhem, why not?”
“But the fact is, it has nothing to do with me. Please pass this on to the anxious and the angry – I've had enough hate mail now.”

My own thoughts on this debacle ....

I don’t blame Moffat and I feel bad that he had to state this. It should be obvious to anyone with a brain cell that he has no control or say over Torchwood, including John Barrowman himself. I get that people don’t like Moffat and his era of Doctor Who but the bile he gets from time to time crosses a line and this was another time it did that. I like Barrowman but the guy seriously needs to get a grip. If the BBC want to bring back Torchwood, they will but his constant pestering them and slagging them at conventions certainly isn’t going to do his cause any favours.

Right now, Torchwood isn't coming back and while it's divided some fans, Class is the only foreseeable spin off for now.

Doctor Who is currently filming it's Christmas special. Torchwood is currently in audio form, courtesy of Big Finish.
Posted by shawnlunn2002 at 6:51 AM

To be fair to John, it sounds like he was given misinformation by an exec. Which is typical in bureaucracy when they're not really interested, they make up some B.S. like "people involved in Doctor Who would have to say yes". He himself said that doesn't make sense, and he should know it's just an excuse, probably by someone incompetent. Trying to get a straight answer out of bureaucracy and poor customer service, I have some experience with hearing first one inaccurate explanation then another.

Then Barrowman should've kept it to himself if he didn't have the full facts. Even common sense should've indicated that Moffat, a man whose never had any involvement whatsoever with Torchwood would be able to stop it from coming back. I like the guy but he's doing to harm his own cause for reviving the show than helping it.