Quite A Collection (Doctor Who Season 5 Spoilers)

Thank goodness. It looks like the Van Gogh episode is filmed and that a new one is on the way. Except I'm not sure if this block is episodes 7 and 11, which are supposed to be an Amy and Doctor lite stories (this season's Midnight and Turn Left but different I presume) or even the finale. Nah, I'll assume the former until further evidence. 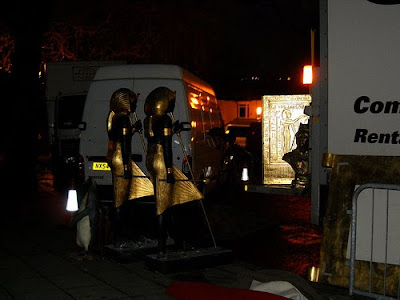 Walk Like An Egytian. Okay from what I've read this episode that's being filmed seems to be a museum based one, which funnily enough The Sun did talk about months ago so maybe this is one of those times in which they're right. There's been pictures of plastic polar bears and dinosaurs as well. 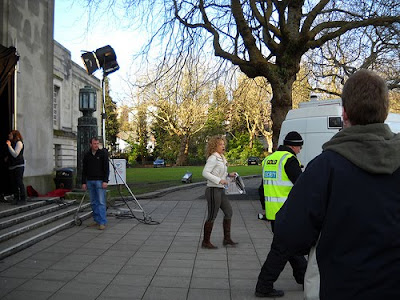 I really wish I had put on a bet because the second I knew River Song was appearing in the first two parter of the season, I just had a feeling that Alex Kingston would be contracted for more episode. Maybe this is the Doctor lite episode and Amy and River have to work together to find him. 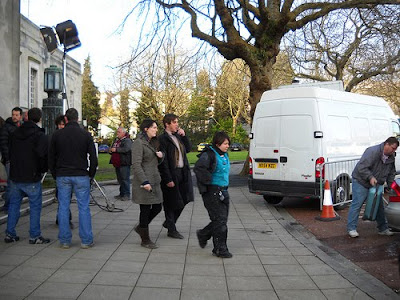 No offence to the stunt double but he looks very little like Matt Smith, which technically doesn't matter a jot but it's noticeable nonethless when looking at photos like this one. 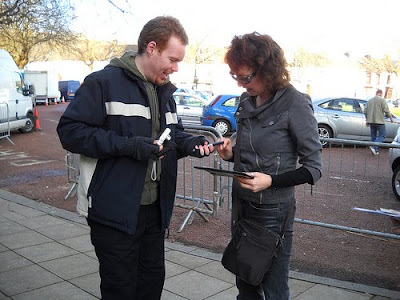 Gavin And Stacey actress Melanie Walters is another guest star we can add to the list this season. This is getting better and better. She's in modern clothes so she's not a baddie from the past - or is she? 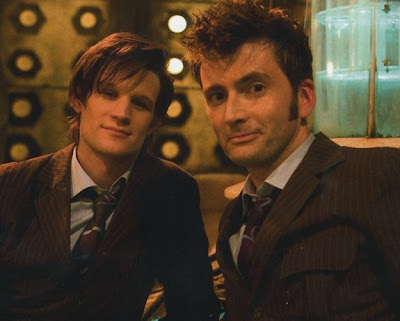 Okay this isn't a spoiler but this picture of Matt Smith and David Tennant from The Writer's Tale: The Final Chapter never gets boring to look. It's such a shame that there was never one similar to this with David Tennant and Christopher Eccleston though. Hopefully better photos emerge during the week. Credit to the Willows on LiveJournal, posters on GallifreyBase and astitea17 on Flickr for these.