Okay, it's not so long for Miracle Day and the second half of Series 6 of Doctor Who but both the main show and it's spin-off will be having an active presence at Comic Con 2011. 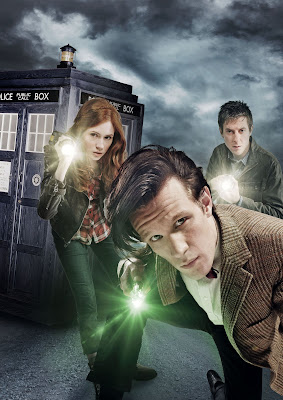 Matt Smith, Karen Gillan, Steven Moffat, Toby Whithouse, Piers Wenger and Beth Willis will be attending the event on Sunday July 24th from 12.30pm to 1.30pm and attendees can expect some exclusive footage from the second half of Series 6. Elsewhere Albert Welling has been cast as Hitler for the season's eighth episode, Let's Kill Hitler while Mark Gatiss has announced that the ninth episode will be called Night Terrors and Tom McRae has similarly confirmed that the tenth episode will not be called The Green Anchor. Episode 11 remains as The God Complex and the last two episodes are yet still untitled. 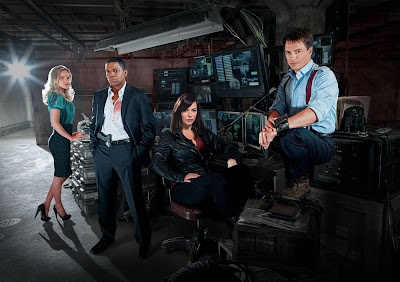 Torchwood will also have an active presence at Comic Con 2011. July 22nd will see John Barrowman, Eve Myles, Mekhi Phifer, Alexa Havins, Lauren Ambrose, Bill Pullman and Jane Espenson fielding questions from fans and at 9.30pm, there will be an exclusive showing of the third episode of the new season - Dead Of Night. Wish I could be there.