It's the final season of Glee and while FOX might have relegated the show to Fridays, the first two episodes of the season certainly had a sense of fun that a lot of last season simply lacked. 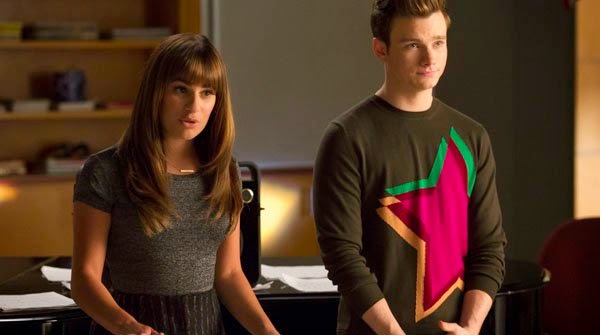 Back To The Old High School: Last time we saw Rachel, she was about to get her own television show. Cut to a few months later said show tanked, Rachel went into hiding before returning to McKinley and incurring Sue's wrath by going over her head and getting the glee club restored with some help from Kurt and of course, the rest of the original cast (except Mike) in the second part of the show. I have to admit that I really loved Rachel in both of these opening episodes more than I've ever loved the character before. It's like her humiliating knock finally made her a force for good, especially as she managed to get two new members for the club, even if recruiting one of them rubbed Blaine up the wrong way. The scene where she was also forced to watch the only episode of her awful show That's So Rachel was pretty amusing as well and I found her version of Let It Go pretty solid as well. 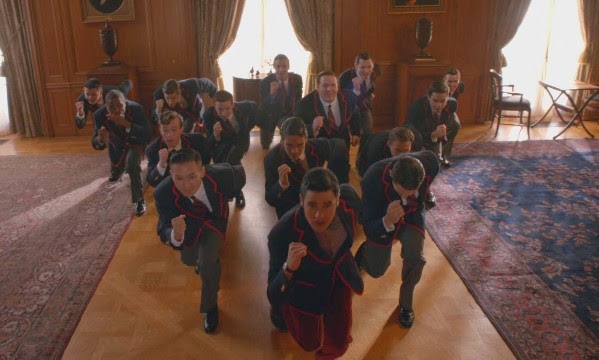 Brotherhood Traditions: When this episode wasn't banding Kurt and Rachel together, it was also seperating both Kurt and Blaine and hooking up the latter with Karofsky as well, which I am not entirely loving there. On the other hand, the very 'straight' Warblers re-emerged and when they weren't doing Ed Sheeran's Sing they seemed pretty hacked off over the idea of a girl possibly joining their ranks. Personally, their loss is McKinley as Jane endeared herself from the moment she revealed herself to be a fan of Janelle Monae. Now there is a girl with a sublime taste music and her version of Tightrope was equally sublime. Rachel mentoring that girl was a delightful contrast to the way she treated poor Sunshine back in the second season.

The Old Gang Are Back: Yup, there were a lot of returns in this episode - Sue as a tyrant principal, Becky as her maniacal right hand woman (I am really loathing her now), Figgins working in the coffee place whose name I don't think the show has ever bothered to mentioned, Sam assisting Beiste with the football team, Will as the coach of Vocal Adrenaline (where Max from the Wanted seems to have retreated to) and Blaine manning the Warblers of course. Then there was Santana, Quinn (with an unflattering bleached blonde bob), Brittany, Mercedes, Puck, Tina and Artie also cropping up to help sings songs like Problem, Take On Me (the highlight of both episodes) and Home when they were helping to recruit members for the new glee club as well as turning down members too. Just like the good old days then, yeah? 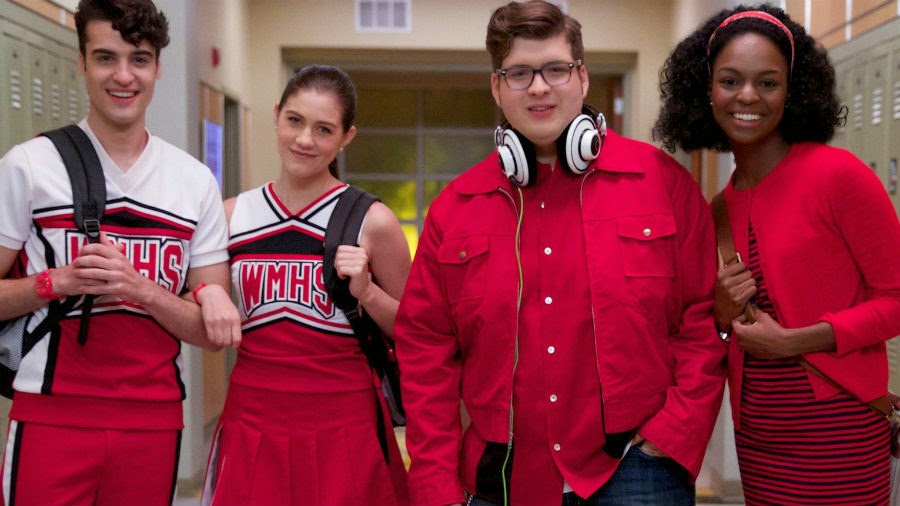 The New Kids: Clearly the show learned something from Kitty (who appeared here heading the Cheerios and was deeply resentful), Marley, Jacob, Ryder and Unique because the new batch of kids are clearly not reduxes of the original group we've had. You've got the soulful Roderick, the excellent Jane, post modern gay football player, Spencer (more on him in a bit) and of course twins Mason and Madison, who seem quirky enough, even if the Flowers In The Attic comparison to their dynamic is a little troubling but so far, all of them have made a solid impression without overshadowing the originals. I'd say that was a result there. 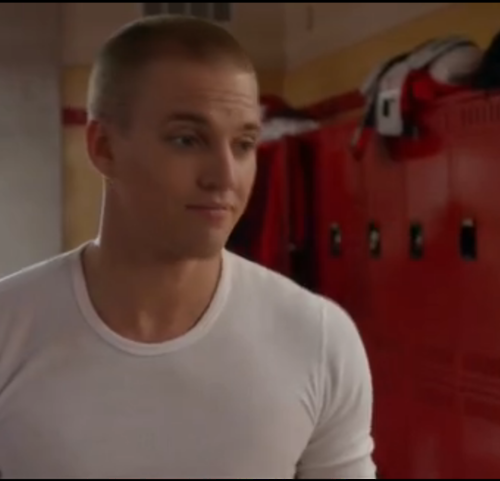 Post Modern Gay: Whatever your stance is on Ryan Murphy's use of LGBT characters, the consistent thing is that Glee has had plenty of them in abundance and Spencer is the latest in a long line of them. Vocally, he seems okay and I do like that he called Kurt out on trying to recruit him for the glee club but at the same time, I enjoyed him going toe to toe with Sue as well. There's an element of Puck and Santana in that kid and Marshall Williams is certainly easy on the eye, though they might want to ease up on the jerkish side to his character. Other than that, he's a good addition to the show as are all the new kids and these two episodes were easily better than anything we got in the majority of the previous season. Hopefully with the episode reduction that means we'll get a more coherent final year.

Glee's sixth and final season airs Fridays at 8pm on FOX for US viewers. Sky1 have yet to confirm an airdate for the final year.
Posted by shawnlunn2002 at 6:28 AM