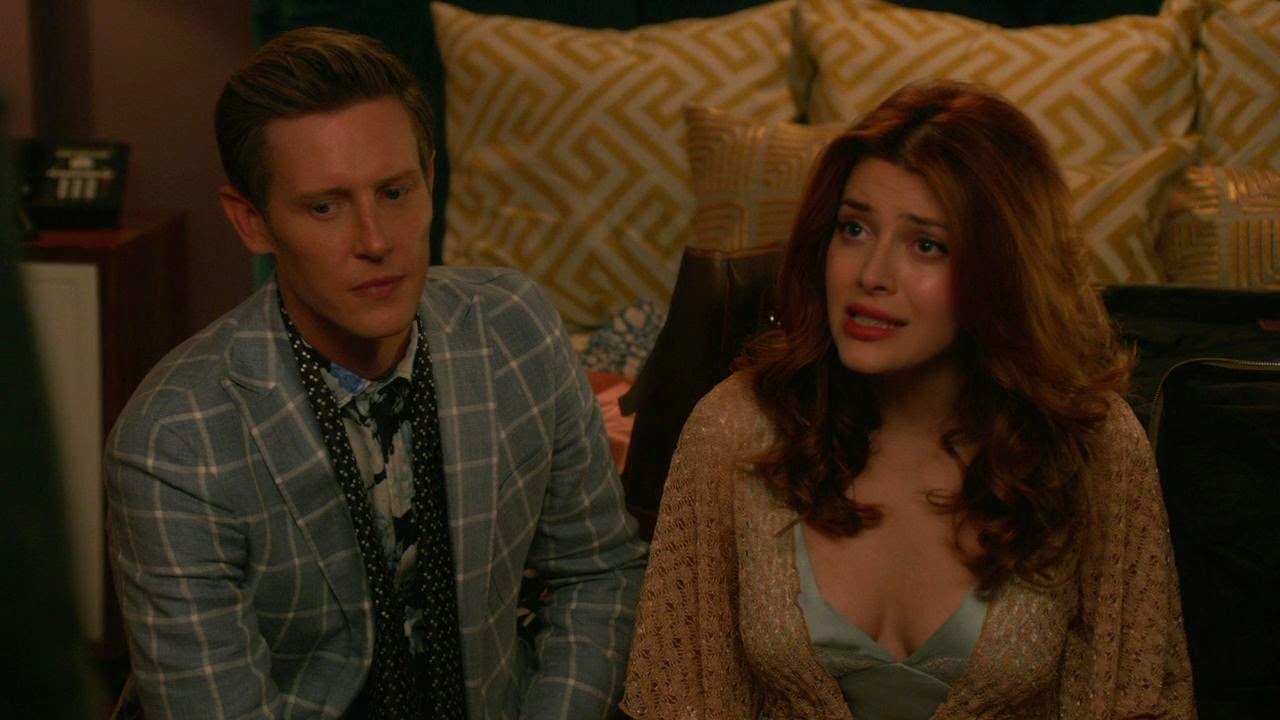 Mrs Ellis (to Louise): “You can see it in their eyes, can’t you? What I have known since you were born, that you’re a waste of life.”

And I thought Victoria was a terrible mother! I know an episode heavily focusing on Louise’s back-story isn’t the very thing that some fans might want to see but I’m actually glad we got one, especially as this episode cleared up a few things while adding a little more mystery into the mix.

I have to admit that I was surprised it turned out that Louise was getting Larium in her Xanax (which was meant to explain her violent outbursts and hallucinations) but at the same time, the bigger question remained – was Lyman responsible for his sister’s drugging? Nolan seemed pretty convinced he was and this episode didn’t exactly make it clear as to whether he was guilty or not.

Lyman, in general played by some Southern charm from Sebastian Piggott seemed a little enigmatic too, character wise. I genuinely cannot figure out if his concern for Louise’s well being is sincere or part of an elaborate scheme to control her inheritance. It’s fairly clear that Mama Ellis is certainly doing her best to drive her daughter over the edge but whether or not Lyman is party to that, I don’t know.

Another thing I really liked about the Louise storyline this week was Emily’s involvement. Emily was sensible in being wary of Louise’s previous history but I like that she kept an open mind, gave Nolan sensible advice and then helped clear things up after a distressed Louise slapped Nolan. Another thing I liked was the fact that Louise’s favour to Victoria became knowledge to Emily and Nolan.

Even after her son’s death, Victoria still won’t accept the fact that her own stupidity led to Daniel being killed by Kate. Emily calling her out on it didn’t seem to sway her either but their confrontation at the lighthouse got caught short by a slippery Malcolm Black knocking out and kidnapping the two with his goons.

Ah yes, Malcolm Black – I’m trying to keep an open mind here but between his comedy Irish accent and those tedious flashbacks detailing his history with David, I’m just not convinced he’s such the big bad this show is trying to portray him as. Now Conrad I easily believed in from the very first episode as a baddie but Malcolm, not so much. Hopefully the next episode will change my mind on this but somehow I doubt it though.

David’s scheme to kill Victoria was back on this week. Is it wrong that I now want him to fail?

Lyman: “Every penny counts.”
Nolan: “That it does.”

Reading the Backlot’s review for this episode, I too was disappointed that Nolan and Lyman didn’t get familiar in another way but maybe it could still happen. Assuming Nolan doesn’t get paired up with Louise.

Emily (to David): “Death for Victoria would be merciful. She has nothing left. Now is the time to let her suffer.”

Nolan: “What’s the world coming to? You spare Victoria’s life again?”
Emily: “As many times I’ve considered it, you know that death was never my intention. Too much blood has been shed, Daniel’s included.”

I liked that Victoria actually told Margaux about Daniel saving Emily and that the latter was really Amanda. Ben overhearing the conversation I didn’t expect though.

Louise (to Emily): “It’s just that everyone has two faces, some more than others. I mean you of all people should know that.”

David (to Jack): “Conrad ruined my life but Malcolm has damned my soul to hell.”

Chronology: A few days since “Epitaph”.

“Madness” certainly had it’s moments of chaos but I do wonder if Louise’s subplot with her family is more interesting than Malcolm’s antics, is that kind of a bad thing too? Still though, episode wise, I did very much enjoy this one though.