With the announcement of the seventh season being the last for True Blood, some spoilers are finally beginning to emerge for the last year and most of them sound pretty interesting as well. 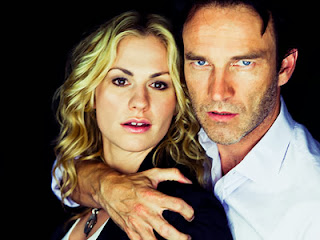 1: Eric is getting a love interest named Sylvie. As an anti Sookie/Eric shipper, I'm actually pleased about this one. The only thing we know about Sylvie so far is that she's gorgeous and speaks French, which is nice but doesn't tell us a great deal though.

2: Warlow is back. I don't know how or even why, but yeah, it seems he'll be resurfacing yet again. I didn't mind him, but is he really needed, assuming this spoiler has any truth to it?

3: Stephen Moyer is directing again. Well, he's done it a few times on the show and he seems to be rather good at it, so good on him really.

4: Someone dies in the opening episode. I wonder who. I think there's still a few tertiary characters we could lose but it's rumoured to be an important character who croaks though. 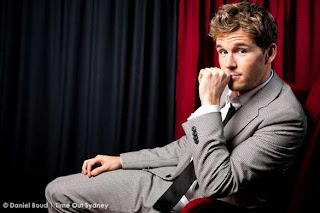 5: Lettie Mae will have a bigger role in this season than she's done in past ones. Not sure how I feel about that one. On one hand, it means more stuff for Tara, which I like but at the same time, Lettie Mae really is one of those characters who works in small doses (at least for me she does).

6: Lafayette is actually getting a vampire boyfriend in the final season. Well, he's been single and largely aimless for two seasons, so it's about flipping time he got some action again. The man in question is described as a cross between Jim Morrison and James Dean, this brooding and insanely good-looking vamp is a compassionate protector with a poet’s edge.

7: The Hep V vampires are different to the usual vampires we've known over the last few seasons. Because they're weaker, they're driven to eat in a way that regular vampires are not. I just hope there's an actual figurehead/Big Bad in the final season and that it's someone we haven't met before.