This show might be debuting on SkyAtlantic in three days time but already the first episode has aired on Showtime (after being leaked in advance) and with the second episode also available to watch before US transmission, here are my thoughts on the first episode of Penny Dreadful. 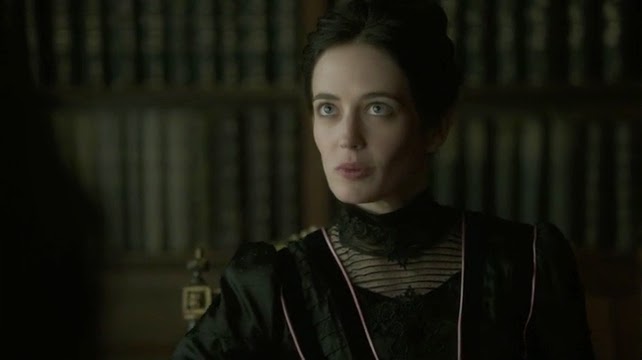 It's An Invitation: It's London 1891 and it's also a little hard to say which point of view we're mainly supposed to be seeing this show from but the most focused POV does seem to come from Eva Green's clairvoyant, Vanessa Ives. Now she's a character who certainly drove a fair amount of the narrative in this opening episode alone. Here we saw her bring American gunslinger, Ethan Chandler (Josh Hartnett) into her and Sir Malcolm Murray's (Timothy Dalton) dark and interesting world where we saw contorting creatures and even vampires. Vanessa's certainly an interesting character - tempting Ethan, sharing some sort of guilty past with Malcolm and those scenes when she's alone and praying like mad. Especially the second one where spiders appeared on the wall and the cross was upside down. She's one of two of my favourites from this episode alone. 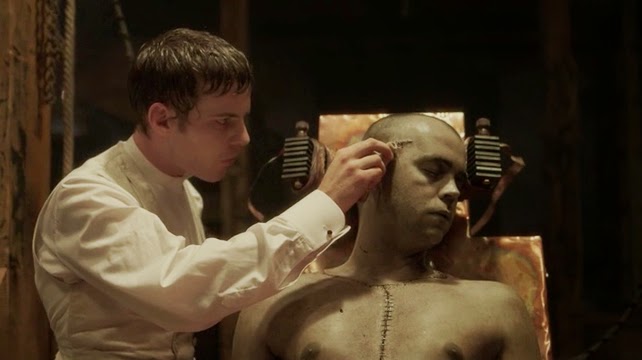 My Name Is: Victor Frankenstein as played by Harry Treadaway and for the time being, my second favourite character of the episode. I actually loved him from the off when he was snappishly dismissive and equally curious about Vanessa, Malcolm and Ethan and the end scene where his creature, played by Alex Price came to life was a pretty poignant moment and beautifully shot. Frankenstein has always been something of an intriguing character (hence the reason why we've seen countless versions of him and his creature for yonks) and it looks like he's going to be that way in this series as well. He also challenged Malcolm in a pretty intellectual way that I can't see Ethan necessarily doing over the course the first season. 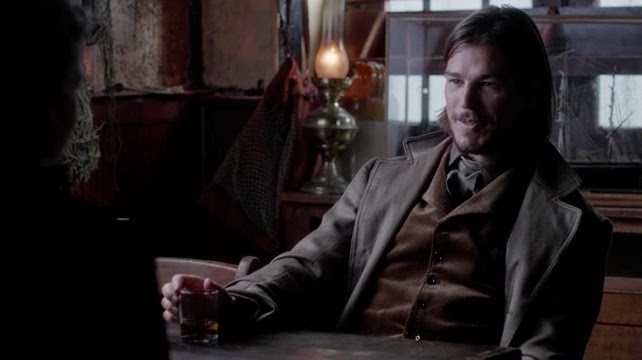 He Shoots A Lot: Speaking of Ethan Chandler, I've seen other blogs and posters online being less than complimentary about Josh Hartnett but he's not actually not that bad in this. It's just compared to the other characters (Vanessa, Malcolm and Victor), he just doesn't come as interesting though. He's kind of the straight man with a penchant for exaggerated tales and shagging married women and spent most of the episode reacting to the craziness of the demimonde world that Vanessa introduced him to while at the same time being very drawn to it. I'm not entirely sure why both Vanessa and Malcolm are actively seeking out Ethan (other than his shooting skills) but he does compliment the slew of characters pretty well enough. 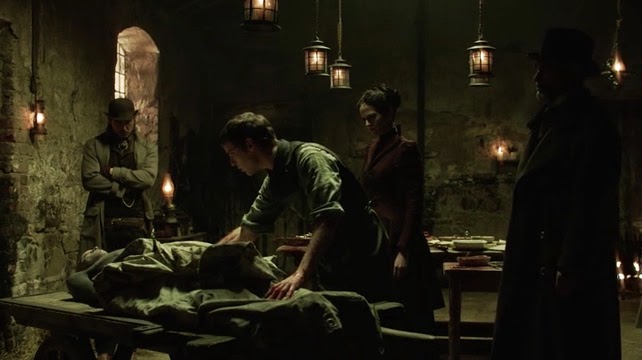 From Africa To London: Another focus on this episode was the backstory of Sir Malcolm Murray. We learned in this episode (when we weren't looking at corpses with hieroglyphics on them) that he's on a mission to find his daughter Mina. It doesn't take much to assume that it's Mina Harker and briefly seeing her in this episode as a vampire certainly gave it away but it's an interesting enough plot and Dalton shone in all of his scenes throughout the episode. Plus the relationship with both Malcolm and Vanessa was actually pretty interesting to watch as they mulled over their guilt (for what though?), Mina and Ethan amongst other things. 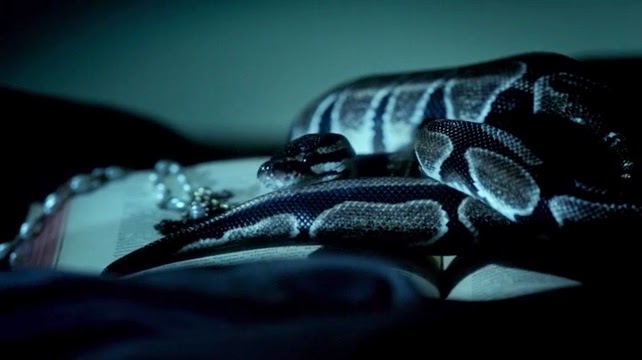 The Titles, The Titles: For a show like Penny Dreadful, the title sequence really needed to stand out and by god, they certainly do. They're probably some of the most impressive ones (at least until the ones for American Horror Story: Freak Show appear) and certainly set up the macabre tone for the show impressively as well. Overall, they're really worth watching multiple times but when I wasn't being impressed by them, I also noticed that the episode opened with a grisly death of a mother and daughter and there was also the fact that we still have yet to meet three other prominent characters (though their respective actors names were in the opening credits) but that's another incentive to keep watching and recapping/reviewing this show, which I intend to do for the next seven weeks.

Next week, we will meet Brona Croft, Dorian Gray and another of Victor Frankenstein's pet projects and hopefully some more on Malcolm's right hand man as well, who we briefly saw in this episode.
Posted by shawnlunn2002 at 5:51 AM