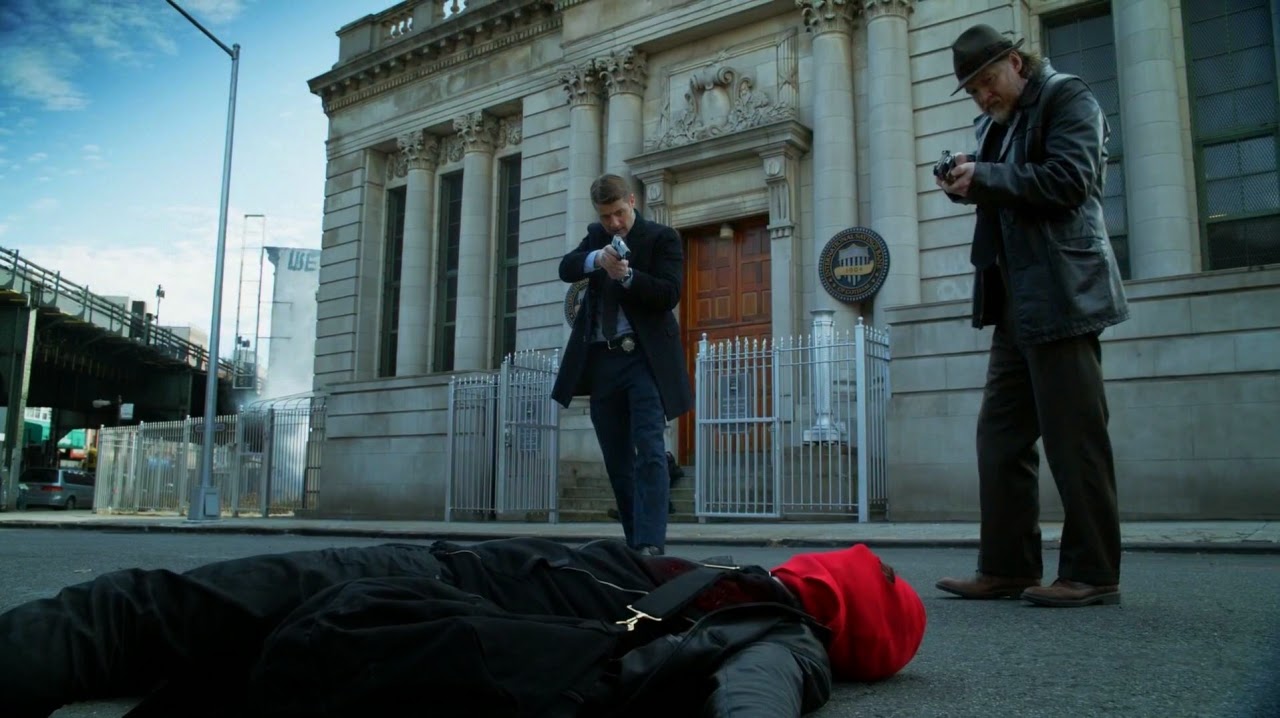 Last week we got the Joker or did we? This week, it was the chance for the Red Hood gang to rock up and make an impression on the criminals of Gotham while garnering admiration from the regular folk as well with their slightly Robin Hood esque manner. While there was choice moments clearly lifted from a certain Nolan movie, this was a solid enough episode for the gang’s introduction.

I like that we went from at least three of the five gang members all becoming the Red Hood at different points in the episode – each with different enough motives and the actual taking out the gang completely just proved that they were mostly an inept bunch, even if the last shot meant they inspired one person to rise up and be counted for.

While we have had better origin stories in the last three episodes, I do think everything consistently known about the Red Hood legacy was set up nicely enough though. We got some great zingers from Bullock and Gordon was at his best too with dealing with the gang as well but it was mainly the other plots that held more bite to them.

Fish for example willingly gouged out one of her own eyes just so that the Dulmacher and his minions couldn’t take it from her. I found that pretty gruesome and daring of Fish to do but wouldn’t she have been better attacking that smug intermediary than harming herself though? Perhaps, but then again perhaps not. Either way, losing an eye aside, this plot has done wonders overall for Fish as a character though.

Speaking of wonders – Barbara is a lot more interesting hanging around Selina and Ivy than she is interacting with most adults. Unfortunately, she could’ve waited a few more years before giving the girls advice on using their feminine wiles and the constant drinking around them seems to have put Selina off her as well. Perhaps Barbara should slow down on the boozing in front of kids then.

Keeping with the kids – I wasn’t too shocked that Alfred’s old friend turned out to be working for Wayne Enterprises. Bruce certainly got under their skin last week and I’m not too shocked they decided to strike back. I was a little shocked though that Alfred got stabbed but at the same time, I don’t see Bruce losing another parent just yet though.

As for the plotline with Oswald, Butch and acquiring booze from Maroni – eh, it was an okay enough little subplot but again, this felt like another episode where much as I love the character, I don’t really think Oswald was actually needed. I however love the fact that he’s constantly uncertain about Butch’s motives and Butch himself seems to be revelling in the fact that Oswald can’t figure out his actions either.

Another terrible comedian in the nightclub this week. Maybe they should just give Bullock a job there.

Great this episode gave us a tiny bit more insight into Alfred’s past.

Oswald: “You must take great pleasure in watching me fail.”
Butch: “On the contrary.”

Not so shocking that Ivy gravitated towards green colours with the dresses and that Barbara suggested black for Selina.

Barbara: “You’re a true beauty, something you can use to your advantage. Your appearance can be a weapon as powerful as any knife or gun.”
Selina: “Yeah? What good it’s done you?”

I was getting some serious American Horror Story vibes when Fish was witnessing the various people being used for body parts in this episode.

Fish: “You will take nothing from me.”

No Nygma, Essen, Leslie, Montoya or Allen in this episode. Or Falcone and Maroni, despite both being mentioned.

Oswald: “Perhaps it’s not our friends but our enemies who define us. To Fish.”
Butch: “She got what she deserved.”

Chronology: Not long from where “The Blind Fortune Teller” left off.

Not quite as amazing as the previous episode, but “Red Hood” was a solid enough episode with a great shock and a satisfying origin story for the gang in question. Next week’s episode looks set to bring back another familiar face from earlier in the season as well.