A look at some of the shows I've been watching over the last few weeks. 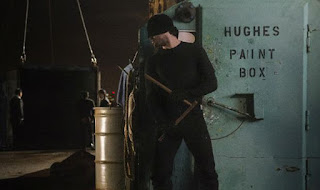 Daredevil: Having watched both recents seasons of Orange Is The New Black and Sense8 prior to this, I decided to go and check it out and while I don't think it's the most amazing superhero show yet (think Arrow/The Flash still have that down) but the potential is definitely. Charlie Cox is perfect as the upcoming Daredevil (we so need to see that costume) and I'm loving the subtle menace of Vincent D'Onofrio's Wilson Fisk while the supporting characters of Foggy, Karen and Claire work particularly well too. Some of the mobster stuff though is a bit boring though. 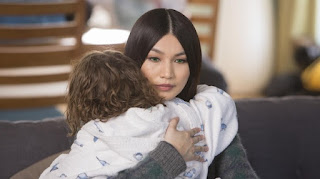 Humans: This show has been consistently amazing throughout it's first season and the penultimate not only reunited all of the Synths together but we finally found out the connection that Voss had with them and it certainly packed a punch as did the cliffhanger leading into the finale. This series has been an absolute triumph for Channel 4 and while the Hawkins were initially hard to connect with as a family, the last few episodes made me start to care for them as much as Mia and company. I really hope a second series is imminent. 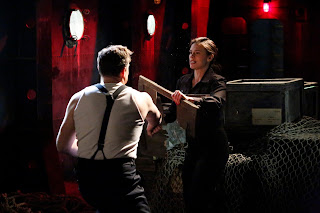 Marvel's Agent Carter: I'm enjoying this series quite but not more than Agents Of SHIELD (is that controversial to say?). Airing it during the summer when there hasn't been as much on was probably a wise move for FOXUK. The banter between Peggy and Jarvis is certainly a highlight of each episode as are the Alias style missions leading to the bigger conspiracy plot. I also like the continued but not too forced references to Captain America as well and as per usual, Hayley Atwell continues to deliver. 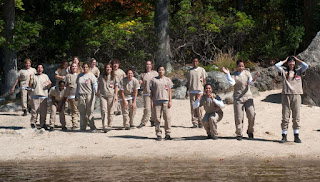 Orange Is The New Black: Season 3 has not been the show's strongest season but it still has been a hugely enjoyable one though. While Caputo and Aleida didn't get the most engaging of flashbacks, at least Daya finally gave birth, Piper got revenge on Stella (who stole from her), Alex's fate was left rather unknown and the brilliance of Doggett and Big Boo's friendship shone through. The finale itself was a good way of ending the series but for negatives, Sophia's storyline disappointed me and I don't like the idea of a Healy/Red romance for next season. 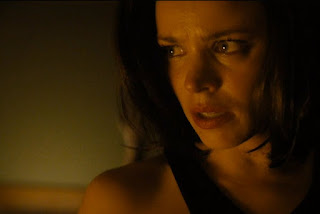 True Detective: We're heading towards the end of the season and a part of me is wondering if this show has become a victim of it's own success? Season 1 wasn't particularly straight forward television but it managed to bewitch viewers in a way that I don't think the second season has done. I'm also not sure if having a time jump midseason was particularly needed as well but at least it's helped to slightly advance things with Ray, Ani, Paul and Frank even if the main plot is struggling to engage. Hopefully the last two episodes will bring the season to a satisfying close. 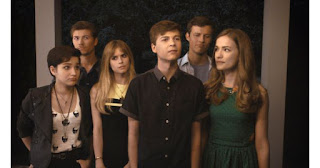 - MTV have renewed Scream for a second season. A UK broadcaster has yet to pick up the series.
- Banshee will end after four seasons. The last one will air in 2016.
- Michael Chiklis will be a regular in the second season of Gotham.
- Sense8's chances of renewal are optimistic but nothing has been confirmed yet.
- Katie McGrath will be in a Canadian eight part horror series called Slasher.
- Ed Sheeran has bagged a recurring role in upcoming series, The Bastard Executioner.
- Chris Browning has been cast as Reactron for Supergirl.
- Queen Latifah and Mary J. Blige have joined NBC's The Wiz.
- Andrew Howard will be playing an agent in Agents Of SHIELD.
- Riley Smith will play a band's frontman in the next season of Nashville.
Posted by shawnlunn2002 at 5:26 AM