Journey To The Underworld

It's been a while since I've done this but here's a look at some of the shows I've recently caught up on .... 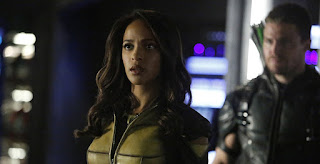 Arrow: Sky1 are now currently airing the more recent episodes but I was impatient and did something of a catch up of my own. A couple of things - a) most of the flashbacks are still dull b) the Olicity stuff only works in small doses which is why I don't care too much for their break up and c) they certainly resolved the William storyline a little quickly, didn't they? On the other hand, the death of Amanda Waller, brief appearance of Vixen, Nyssa vs. Malcolm and the introduction of Damian's equally ruthless wife certainly added to the show during the last few episodes. It's also become increasingly clear whom the dead body is going to be as well, isn't it? 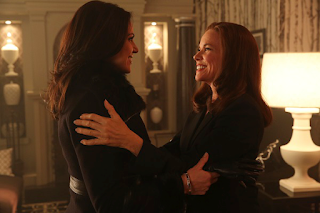 Once Upon A Time: The show has been off the air for nearly three months and given how disappointing and even terrible in places the first half of Season 5 was, I was relieved that the 100th episode actually delivered. Not only did we see a few familiar faces (Neal, James, Henry Sr, Pan, Blind Witch, Cora, etc) but this whole plot with the Underworld is actually a step up from the dull Dark One/Arthur plots and Hades is a far more charismatic villain than Arthur ever was in one brief scene alone. I'm really hoping now that the show has properly gotten it's groove back as this episode was a nice way of celebrating a landmark and returning the show to form. 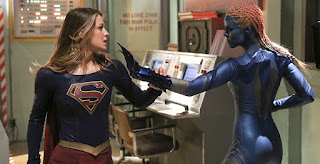 Supergirl: With a certain crossover imminent, the last few episodes have been having their own fun in playing around with other things. We've had episodes adapting infamous comic strips from Kara's more famous cousin to good success, the death of Astra, the ending of Jimmy and Lucy's relationship, not to mention Maxwell Lord taken down temporarily as a threat, a brief encounter with Indigo, the arrival of Siobhan Smythe (who'll become Silver Banshee any episode now) and more moments for both Alex and Hank to shine. The show has certainly gotten more and more enjoyable during it's second half. 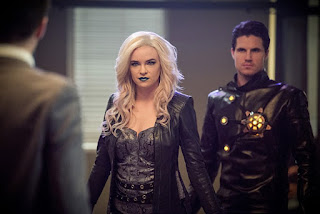 The Flash: And this show on the other hand has truly excelled itself. Okay, the episode with King Shark was a bit filler except for the reveal of Zoom's identity but the episodes focusing on Earth 2, along with the introduction of Killer Frost were definitely a high point in this show's second season. I like that we got to see Caitlin (well, a version of her) as that character and I really liked seeing Barry, Cisco and Iris's counterparts from that world as well. The Zoom stuff is moving along at a good pace too and it'll be great when the gang finally find out who they've been fighting all along. 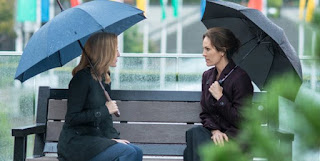 The X Files: This revival has been interesting to see unfold. Within six episodes we were able to get back into Mulder and Scully's world and it genuinely felt like they had never left the screen and considering the ratings smash this was for FOX, it's a matter of when we'll see an eleventh season rather than if. I have to admit out of the six episodes, it was the Were Monster one that stuck with me the most for it's sheer absurdity. The finale wasn't bad as such but the show has done better ones and the cliffhanger was a frustrating moment. Still though, it might not be long before we see Mulder and Scully again. 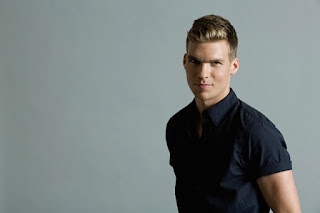 - Pete Ploszec has bagged a recurring role as mysterious teacher Garrett Douglas for Teen Wolf's sixth season.
- Once Upon A Time has been picked up for a sixth season, Agents Of Shield a fourth season and How To Get Away With Murder a third one.
- Supergirl has also been picked up for a second season by CBS.
- Both Lady Gaga and Angela Bassett have been confirmed for the sixth season of American Horror Story.
- Augustus Prew, Rick Yune and Steve Mouzakis have been cast in major recurring roles for the upcoming Prison Break revival.
- Teddy Sears has joined the cast for 24: Legacy.
- Jonathan Groff and Anna Torv has been cast in leading roles for upcoming Netflix show, Mindhunter.
- Sky1 have cancelled You, Me And The Apocalypse.
Posted by shawnlunn2002 at 7:24 AM

Labels: Arrow, Once Upon A Time, Supergirl, The Flash, The X Files