Slash: The Movie - A Perspective On The Genre

Note, this is not a review of the movie but more of an analysis of some unfair backlash I've seen in relation to the actual movie itself. For those of you who don't have a clue what I'm talking about, I'll soon enlighten you. 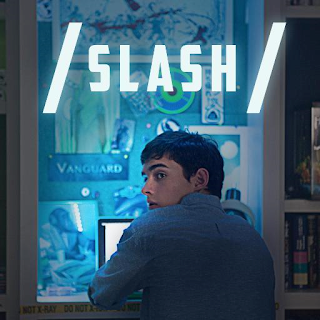 Written and directed by Clay Liford and screened at SXSW (South by Southwest) last weekend, Slash is a coming of age movie focusing on a teenager named Neil Shafer aka Van_Fan_42 (Teen Wolf's Michael Johnston) who is into writing slash fiction for a galaxy hero character named Vanguard and it's a secret that becomes public knowledge within the film as Neil befriends a fellow slash fiction fan in Julia (Hannah Marks, Awkward) who actively encourages him to write his material online and find himself attending some fanfiction conventions, hosted by Denis (Michael Ian Black). Other cast members in this movie include Jessie Ennis, Peter Vark, Missi Pyle, Sarah Ramos, Nate Rubin and Ben J. Pierce. 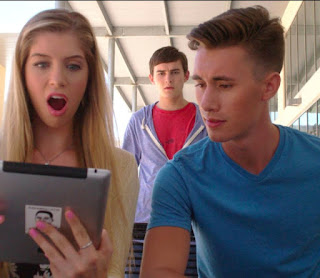 Fanfiction has often gets an unfairly bad rap and over the years a certain book/movie franchise that shall not be named hasn't exactly helped portray it in a positive light either but having seen the trailer for this little movie, I have to admit that I'm actually looking forward to it. It seems charming, has a likeable lead character/protagonist and it's one of the rare times that slash fiction is actually looked at from a male perspective, so the comments from a certain fandom reporter in relation to the movie actually irked me and motivated me into writing this article and promoting this movie. 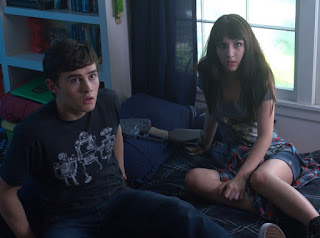 According to this reporter, while they liked certain elements of the movie, they didn't seem to like the idea that the notion of slash fiction was actually given a male perspective. Considering that the majority of slash fiction is male characters/often real life people written into sexual situations with other men regardless of their own orientation and so on, I think it's actually a lot more interesting that this movie is focusing on a male perspective instead of the usually known female perspective of the genre. Last time I checked, a lot of men (myself included) have read, enjoyed or even written slash itself. 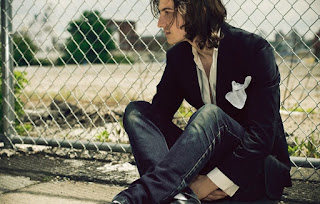 However this fandom reporter and some of their followers seemed to take exception to the movie's outlook on a genre they feel specifically belongs to them. I'm not trying to be mean or harsh here but seeing as the subject matters usually tends to be men in this particular genre, I actually find myself quite annoyed by the prospect that according to this reporter, another point of view of the genre cannot be explored. More ludicrously is the assumption that going with a male perspective for a film like Slash is somehow the eqivalent of erasing any female involvement within the genre, an accusation that holds no credibility as the movie acknowledges female slash writers with the Julia character of the piece. Simply put, slash as a genre isn't just for women and given that the genre tends to fetishise gay men to a certain point, maybe it's actually a good thing to see a movie that actually focuses on it from a male perspective for once. Aside from the slash element, there's also the coming of age and friendship themes between the main protagonists as well to give the movie that extra boost.

I'm linking the official site to this movie where there's a tonne of cool content and some great interactive stuff too as well as interviews and insight from cast and crew members. I'm also providing a link to the official YouTube channel where there is one video of the cast reading slash fiction that should be seen.

Slash is looking for more distribution but fingers crossed, it'll become available within the next few months.
Posted by shawnlunn2002 at 7:12 AM

Hey! I just came across this, and as the creator of Slash, I'm curious if you ever got the opportunity to see the movie. Would love to hear your thoughts. It's actually available on Amazon Prime right now.

Thanks for taking the time to write about us!

I have to see the movie, I do want to and I will soon. The trailer in particular and general premise definitely piqued my attention.

Thanks for stopping by.