Enough Of The Theatrics

It's June and summer TV is something of a desert and with this week being dedicated to late night episodes of Coronation Street and the last of Britain's Got Talent, there's not as much to go on really. Well, there's a few things I suppose. 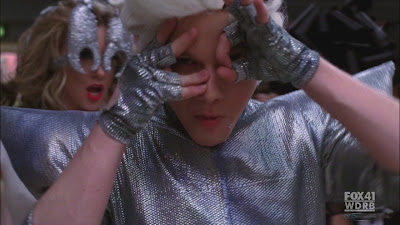 Memo to the writers of Glee - if you're going to do an episode dedicated to Lady Gaga, it's perhaps helpful if you actually do more than two of her songs because excess advertising for the woman aside, the Gaga theme didn't play as well in this episode as the Madonna one from a month ago. As episodes went, this one was a mixed bag really. Song wise, Kurt and the girls rocked Bad Romance but Rachel and Shelby's version of Poker Face was terrible. Also I'm getting sick and tired of these random jocks attacking the Glee club members. Even a principal as feckless as Figgins would've done something about them by now. Highlights from the episode - er, not the Rachel/Shelby stuff but I did like Kurt and Finn ironing out their differences and Tina's rather funny way of retaining her goth identity but otherwise, this was an episode that was treading water. 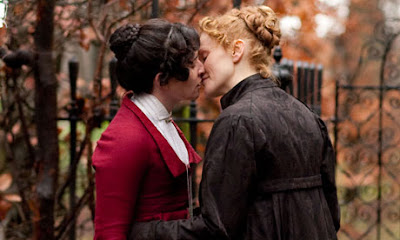 Is it me or are the BBC giving us a fair amount of gay themed biopics? We've had Worried About The Boy and Matt Smith is currently filming Christopher And His Kind, which should air in a few months times but last night's The Secret Diaries Of Miss Anne Lister was interesting. Britain's first modern and largely out lesbian in the 18th century. I've always liked Maxine Peake and she seems to be snagging a lot of interesting roles and she played a blinder here as Anne went through 90 minutes of losing and loving different women (Mariana, Ann Walker) and generally asserting her independence in a male dominated world. Sadly I missed Sue Perkins documentary about Miss Lister's diary (largely written in code) but for a 90 minute story, this was a treat from BBC2. 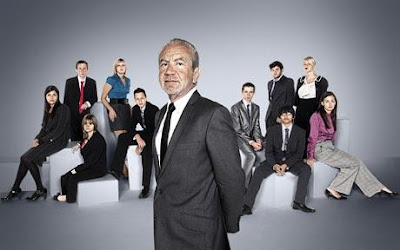 I have a confession to make. Much as I enjoy ridiculing reality TV, I am every bit as guilty as watching it as much as the next person and I've always enjoyed The Apprentice, even if Alan Sugar is becoming as bleeding scripted and one note as the likes of Simon Cowell and Gordon Ramsay. Unfortuately, three episodes in and I'm finding Junior Apprentice to be shit. I don't want to see a bunch of spotty kids wheeling and dealing through London selling crap for camping and the like and because of this, the boardroom antics are now tedious instead of entertaining. Perhaps the BBC should've waited for a sixth series to be finalised before embarking on this disaster.

Just watched the Glee episode, it was a little odd. I didn't mind Poker Face, but the sexual content of the song made it a weird choice for a mother and daughter duet. Bad Romance was good in terms of the dancing, but the singing was too auto-tuned. Sure that's what Lady Gaga does but you could hardly tell who was singing.

It was a weird song for Rachel/Shelby to sing but unlike the Madonna episode, I don't think a proper theme was made from this one which was another reason why it didn't work so well for me.