The Journey Is Here

More summer TV and if you haven't seen the finales to either Glee or Desperate Housewives, I suggest looking away now. 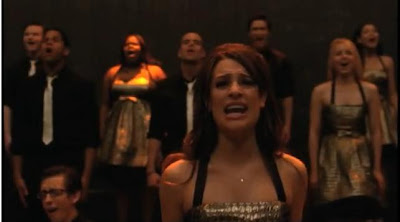 What can I say about Glee that hasn't been said for the last six months? It's fun, it's super cheesy but it's also inconsistent writing wise and the characters are not always sympathetic. Then again, this is something that can be said about virtually every show in existence. Still, the final two episodes got us to Regionals and they were fun. I could've done without seeing Rachel getting egged by Vocal Adrenaline and while the writers eradicated any sympathy I might have had for Jesse, the boy certainly floored Bohemian Rhapsody perfectly and that is not an easy song to pull off. Interestingly, the finale's version of Don't Stop Believing was far better done than the start of the series. Still I wasn't surprised with Sue's change of heart, Quinn giving birth tied into a musical number or that New Direction would lose at Sectionals but I could've done without the Will/Emma rubbish. I predict a love triangle next season that I won't be all that interested in. 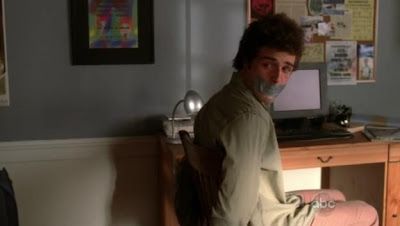 I still can't believe that Channel 4 are about four episodes behind with Irish viewers with Desperate Housewives. The last couple of episode have been something of a mixed bag but the finale was pretty enjoyable actually. I loved that this year it was Gabby who got caught involved in the main mystery and I even bought her friendship with Angie more than Angie/Bree earlier in the season. So, seeing Patrick blown to pieces in his car because Angie put the bomb in the detonator was clever. I'm gonna miss the Bolens, though it makes perfect sense to exit them from Wisteria Lane. As for Lynette - why is that she had more of a convincing rapport with sociopath Eddie than she ever had with any of her own children? And she gave birth in this one. However there were some boring storylines of the finale too - Susan/Mike moving from the neighbourhood wasn't moving and I didn't care that Orson tired off Bree and dumped her. However I do hope the writers know what they're doing with bringing Paul Young back into the neighbourhood next season. 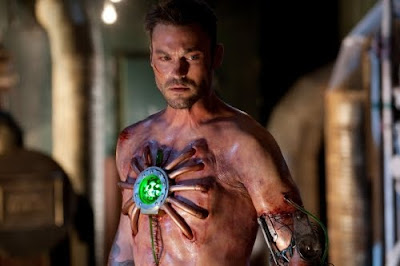 Smallville came back for a ninth season on E4 recently and to be honest, it's been a while since I've truly cared about the show. I mean, I can enjoy the episodes but there was a time when this was must see TV, rather than catch it if I'm bothered TV. Clark's still pulling the same stuff with the blur, confusing Lois and alienating Chloe at the same time, Oliver isn't really doing much and Tess is still in way over her head. On the plus side, the first few episodes have given us both Metallo and Zod, both of them working reasonably well, though Zod is clearly the one to watch out for the most. 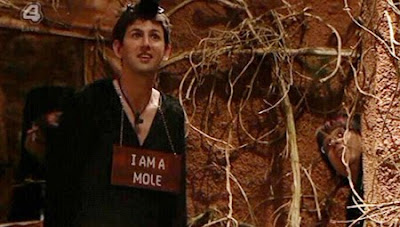 I admit it - I did watch the opening night of Big Brother and now I am really glad that it will be ending this year. Sure, you'll get hyperbole from the Davina McCall's of the world but the first two nights have just proved how horrendously predictable and formulaic this show really had become. Female contestants pretending to fancy girls to get into the house, guys yakking on about the size of their manhood, bitching and of course, a mole. Not a literal one but it still serves to show that once this show is gone forever, Channel 4 will have to pull their fingers out and give us something innovative yet again. 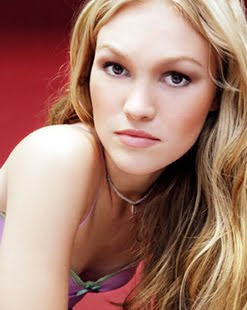 - Julia Stiles and Shawn Hatosy will be appearing in the fifth season of Dexter. Julia will play someone who connects to Dexter while Shawn is playing a villain. Julie Benz will also be in the opening episode of the new season.
- Matt Lucas is the latest rumoured signing to the second season of Glee. He'll be playing an English teacher apparently.
- Brothers And Sisters fifth season will only comprise of 18 episodes. It's being rumoured that the upcoming season will be it's last one too.
- There's rumours that ABC are keen to revive Alias, minus the overcomplicated Rambaldi stuff. Why? It's only been off the air for four years.
- Secret Diary Of A Call Girl is being made into a movie. A fourth season is also in production as well.
- Expect a pregnancy, underground sex, same sex situations and a suicide attempt in the first six episodes of True Blood's third season.

I enjoyed Glee's finale; it was the best episode of the back 9, especially music wise, which considering the angle of the show, is pretty important.
A lot of people didn't like Vocal Adrenaline's Bohemian Rhapsody, but I really liked it, though I think I enjoyed their "Another One Bites The Dust" a little bit more in the previous episode.

It's funny you should mention the writing because Jane Lynch thinks that the show show's writers should be Emmy nominated! Now of course she has a vested interest but apart from Sue, the writings pretty terrible at times. The finale episode was a good example of that. The crying scenes were just so cheesy.
Still I enjoyed the episode. I was thinking about giving the show up, but after that episode I'll probably watch s2 now.

As for the B&S news, not surprised that the show looks on the verge of finishing; it's becoming less enjoyable and a final season may rejuvenate the show to finish on a high.

It was a wonderful finale but Bohemian Rhapsody was brilliant IMO.

The writing is inconsistent but hopefully there's better attention paid to it in Season 2.

Brothers And Sisters, still have three episodes left to do but I'm willing to bet it ends with Season 5.

And I've changed the look of my blog as well. What do you think?