Not the most imaginative of titles but between actually catching up with one show before it's next season arrives and watching opening episodes, mid-season finales and actual finales, I've been well, catching up. 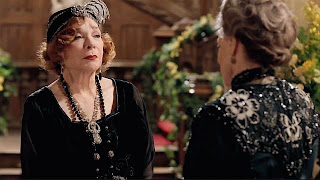 Downton Abbey: ITV1's ratings juggernaut may not have bagged many of the 16 Emmys it was nominated over the weekend (though congrats to Maggie Smith for her win) but it did manage to make Sundays back into must see TV once again. I'm not gonna pretend the writing for Series 3 is perfect but it's certain an improvement compared to last series. Granted, the finance problems of Downton and Bates jail time are both storylines that need to be clipped rather sharpish but it's nice to see Edith get some attention, Mary and Matthew quickly married and the fun banter between Violet and Martha as well. Overall, a few niggles aside, the new series is actually a lot of fun. 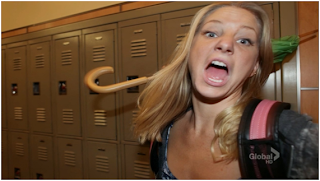 Glee: Sequels are rarely as good as their originals and for this show to do a second episode about Britney Spears (sorry, I mean Brittany S. Pierce), the point remains valid. The songs apart from maybe 3 and You Drive Me Crazy/Crazy mash up didn't click as well as they could've and while the balance between Kurt/Rachel's New York antics and the new(ish) McKinley lot are still good, I'm not yet sold on the triangle of Marley/Jake/Kitty and I really want to see more of Puck and Santana than the 30 seconds of both we managed to get in this episode. And no more Justin Bieber songs, show. I don't care how young your audience is, the older viewers don't need that torture. 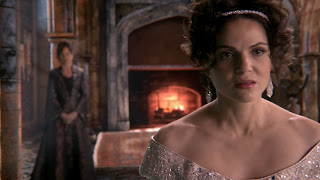 Once Upon A Time: The last time I talked about this show, I had seen eight episodes. Now I've seen eighteen of them and I've gone through all the backstories of the likes of Sidney, Hansel/Gretal, Belle, Jefferson, Red/Ruby and now Regina and this show has still managed to impress me at every turn going. I'll admit there are times when the Mary Margaret/David storyline can drag a little and it does seem annoying that Emma is constantly outsmarted by both Regina and Gold but with four episodes left to watch of the first season, this has definitely become one of my new favourites in such a short space of time. 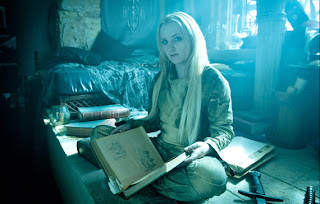 Sinbad: I've been dipping in and out of the last three episodes because while the show started off intriguingly enough, certain other episode did seem to lag a bit, especially the werewolf themed episode. The finale was decent though, giving us a believable enough backstory for all of Taryn's previous actions, so if the series does get a renewal from Sky1, hopefully it will improve on it's mistakes. It hasn't been a bad series but it could've been a lot better though. 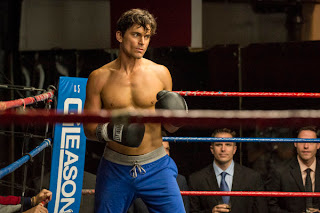 White Collar: Okay, any excuse to post a picture of Matt Bomer in all his boxing glory but the last few episodes of the first half of Season 4 have been full of fun, haven't they? I did like the scenes with Neal and Peter together at the conference (though their partnership has always been the core of this show) and the reveal about Sam's real identity was pretty obvious but effective nonetheless. Just a few months until the second half but least this batch of ten episodes from the first have left us wanting more. 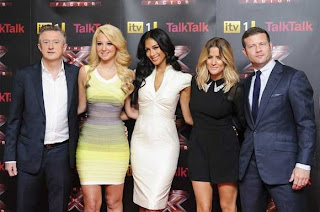 The X Factor UK: I've been watching both of the US and UK versions of this show and on both sides of the Atlantic, I can't help wondering if this franchise is really dying on it's arse. The ratings for either show aren't worrying but they're hardly spectacular either. I guess maybe, it's because at this rate we know this show isn't going to produce an international global superstar (and no, One Direction do not count). Still, it's judges houses in the UK version this weekend, so it'll be interesting to see who we're reduced to by the end of Sunday's episode. 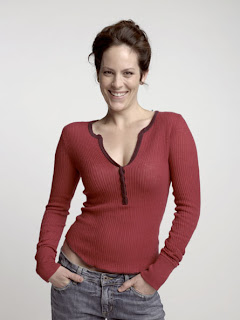 - Annabeth Gish will be playing the role of Anita, a leader of a wolf pack in an upcoming episode of Once Upon A Time.
- NBC are planning a modern update for Wuthering Heights under the title of Napa. Oh Jesus - why?
- NBC have also renewed The Voice for two more season as well.
- Henry Ian Cusick will be appearing in an upcoming episode of Hawaii Five-0.
- Matthew Broderick will be appearing in an upcoming episode of Modern Family.
- White Collar and Covert Affairs have been renewed by USA Network for a further year.
- Bernadette Peters will be returning as Ivy's mother for the second season of Smash.
- Fans of Max Adler will be disappointed to learn that the producers do not intend to bring back Karofsky for the latest season of Glee.
- Although not yet confirmed, AMC are planning a fourth season of The Walking Dead.
- Andrew Leeds has signed on for a mysterious role in the upcoming season of Grey's Anatomy.
Posted by shawnlunn2002 at 6:12 AM