Back To The Real World

It's been a while since I've done this but here's a rundown of some of the shows I've been watching recently. 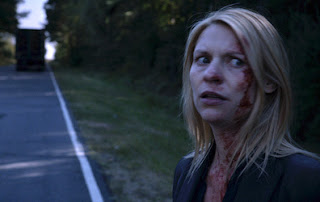 Homeland: An intense selection of episodes here where just about every character seems to be at breaking point within recent weeks. Brody's constant shifting about the place between his myriad of alliances and desperate attempts of keeping his head above water has been fascinating to watch along with his increasingly complicated relationship with Carrie. Plus, the arrival of a certain someone into the mix has managed to make things ten times worse than they already were. I'm looking forward to seeing how the last two episodes end this excellent season. 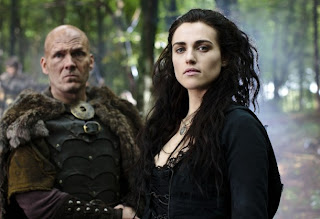 Merlin: At this point, we all know the show has been cancelled and it's not that far away until the final episode airs during Christmas Eve, so it's nice that the writing is improving a bit with the last few episodes. Breaking Gwen out of her spell with Morgana took long enough and it does seem that Mordred is also slowly close to switching sides as well. Aside from that, it's been decidedly underwhelming and formulaic with the rest of the main character, though Morgana's recent punishment of a former ally was surprisingly nasty, even for her. 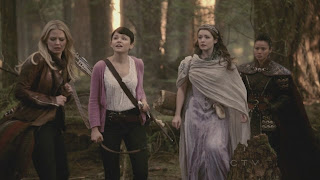 Once Upon A Time: Loved the last two episodes. For me, this show is so far managing to avoid the difficult second album curse and the stakes do seem to be upped with the connecting dreams between Henry and Aurora as well as Emma and Mary Margaret getting back to Storybrooke with both Cora and Hook not far behind them. Plus, it seems that despite her best efforts, Regina may very well slip again with Gold needling her as best he does. I can't wait to see where the second half of the season goes, especially given that Emma now has something else about her that raises a question mark.

Switch: The good news was that the last two episodes of this bewitching dramedy were pretty fun to watch. The bad news is that ITV2 have pulled the damn plug on the thing, in spite of it being one of their better offering. It's a shame but the last episode did have fun with the Solstice, a bout of sabotage, a family reunion for Hannah and didn't set up anything too major (aside from the continued vendetta with the Kensington lot) but it's a shame this show was taken out. 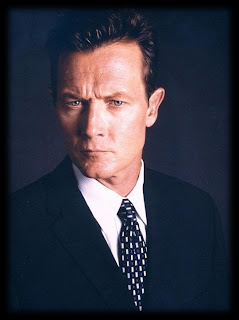 - Robert Patrick has become a regular for True Blood's sixth season. The first episode will be titled, Don't Let Me Be Misunderstood.
- Gina Torres will be guest starring in an upcoming episode of Castle.
- Gregory Itzin will be appearing in the 12th episode of Once Upon A Time's second season as the father of Dr Frankenstein.
- Treat Williams has joined Chicago Fire as the father of Taylor Kinney's character.
- The US version of Only Fools And Horses has not been picked up by ABC.
- Ruth Jones has insisted a US version of Gavin & Stacey is still unlikely to happen.
- James Cromwell will guest star in an upcoming episode of Do No Harm.
- Laurel's mother will appear in episode 16 of Arrow.
Posted by shawnlunn2002 at 6:32 AM

Labels: Homeland, Merlin, Once Upon A Time, Switch