With The Snowmen another thirteen days away, the latest issue of DWM has some spoilers about the Christmas special and the show's future in the next year. 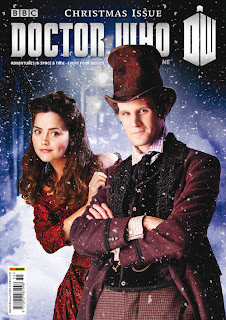 First of all, both SFX and DWM (both out this week) have some gorgeous cast pictures of the Doctor and Clara and while the former is a married man, there could be some flirting with these two during Series 7. We already know there will be a kiss between the pair of them in the Christmas special and when pressed in several interviews, Jenna-Louise Coleman has made a point of keeping schtum about whatever connection (assuming there even is one) is between Oswin and Clara. She's clearing been taking lessons from the Moffat man herself. Also the Christmas special is rumoured to be featuring the Great Intelligence (emphasis on rumoured) and Ian McKellen will be doing some voiceover work for the sinister Snowmen of the piece. 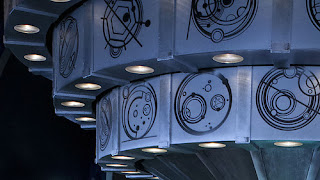 However the most significant thing to look out for with the Christmas special will be a newly redesigned TARDIS. Pictures are being released and it seems like we're getting some lovely Gallifreyan writing and some cool blues and whites as well. It seems like something drawn from the 1960s but easily appropriate for the 50th anniversary though. 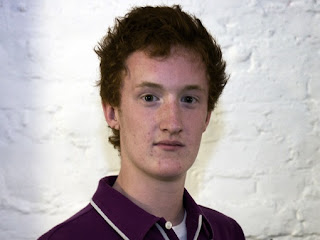 Meanwhile the latest DWM have revealed a lot of stuff for the second half of Series 7, so brace yourselves here ...

- The finale will feature Vastra/Strax/Jenny as they along with the Doctor and Clara will battle some old and new enemies/monsters.
- Will Merrick will be playing a character called Brains in Neil Gaiman's Cybermen episode, which will also feature another disgusting related Cyber thing.
- The second half of Series 7 will air on BBC1 from April 2013.
- The first episode from 7B will be an urban thriller (with some across the world filming) while the second one is set on an alien planet.
- The 50th anniversary story will be filmed in April 2013 and has been described as a "love letter to fans".
- Matt Smith has confirmed that he'll also be filming a 2013 Christmas special.

So, that's interesting. Not quite as many episodes as the producers promised us but at least more than what we've received in 2012 and hopefully we'll get some mini-scenes (especially ones for Comic Relief) as well as Mark Gatiss's docudrama as well but overall, it does seem like 2013 is definitely going to keep us entertained, doesn't it?