Why We Don't Kill The Duplicate

And here's my second TV jumble blog of the week ... 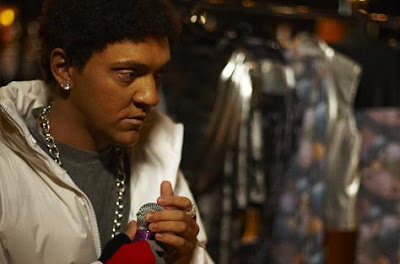 Angry Boys: The finale has to air on Tuesday but I've loved the last two episodes of this show. Gran's Alzheimers storyline has been handled wonderful and it's nice that after weeks of Skype-ing that we'll actually see her interact with Daniel and Nathan in next week's episode. Also well handled was giving Smouse a sense of humanity but writing that song for the squashed Aborigine kid and having Tim get rid of his mother as a manager. Kind of gratifying considering how monstrous that character was, isn't it? 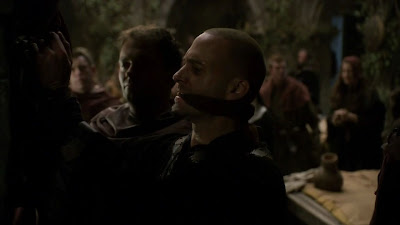 Camelot: Well, that was certainly an interesting finale. For a moment there, I actually thought Morgan's plan to take over was going to succeed but er, I guess Arthur is harder to kill after all. Stripping Morgan of her power and her nun (nice slicing skills there, Gawain) should've ended her chaos but erm, the ending means that she won't down without a fight. However, there were some hiccups. Merlin literally did nothing of interest at all in this one and Igraine's death lack something. Too bad we won't get a second run of this show. 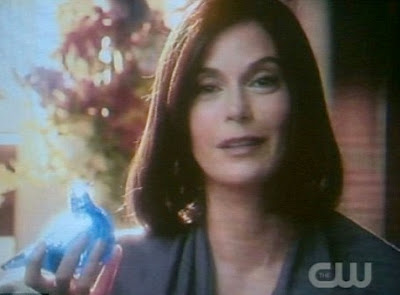 Smallville: Teri Hatcher playing the mother of Lois Lane is one of the most exciting things this show has done and this show has always used Superman people throughout it's ten years. But seriously, an episode delivering some much needed backstory on both Tess and Granny Goodness was a winner for me. Too bad the next episode where Aquaman and Green Oliver were nearly killed by another bunch of anti-vigilante wasn't half as interesting. 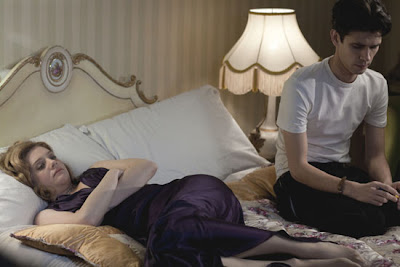 The Hour: Okay, I am hooked to this show, so the less than impressive ratings that it's getting on BBC2 are slightly worrying. The episode at Hector and Marnie's country home was actually the best one we've had and that's despite Kish's death and Hector/Bel's affair being predictable as well. Still utterly loving Freddie as a character. He might be patronising at times but he certainly is charming and I bet I can guess Adam's secret as well. Only three more to go. 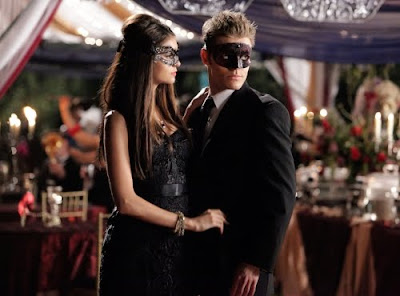 The Vampire Diaries: Two solid episodes in a row and also two that seemed to further stuff. Katherine may be entombed but I doubt she's going to remain that, especially considering the emphasis she put on her not killing Elena. As for Rose and Elijah, definitely two promising characters and ones that hopefully won't be bumped off so speedily. Unlike Damon, I want some actual badass vampires on this series. Oh and I loved the stuff with Tyler/Caroline and Jeremy/Bonnie in the last two episodes as well. 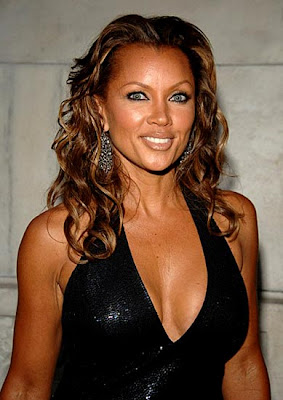 - It's been confirmed - Desperate Housewives will end in 2012 with it's upcoming eighth season. Both Marcia Cross and Vanessa Williams even confirmed it on their Twitter pages.
- Lara Pulver has been cast as Irene Adler in the second series of Sherlock, due to air in 2012.
- Wilfred, Louie and It's Always Sunny In Philadelphia have all been renewed by FX.
- The US X Factor will start on September 21st on FOX. TV3 will be airing it a day later for Irish viewers.
- John Stamos and Jenny McCartney will both appear in Two And A Half Men's ninth season premiere. Ashton Kutcher's character is called Walden Schmitz, a billionaire with a broken heart. Er, okay then.
- Ricky Gervais will be appearing in one season of Family Guy, playing a dolphin called Billy Flinn who moves in next door to the Griffins. Oh, joy!
Posted by shawnlunn2002 at 5:41 AM