With a little over a fortnight to go, ABC have released some promotional cast shots for the third season of Revenge. Sadly they don't include Justin Hartley but they're rather good in general though. 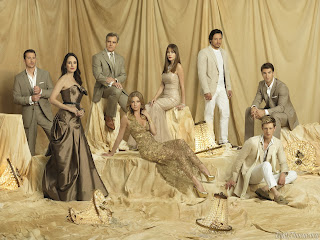 A shot of the main cast. Gone are Connor Paolo (Declan) and Ashley Madekwe (Ashley) and in their place is ... well, just Barry Sloane (Aiden) but it's a nice shot of the main cast together though with Emily firmly in the centre of things. As for the individual shots ... 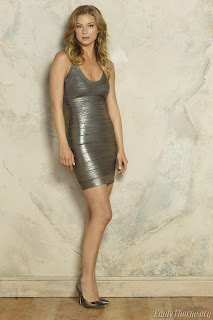 Emily Thorne (Emily Van Camp): She gets shot in the opening episode on her wedding day but who did it and why? 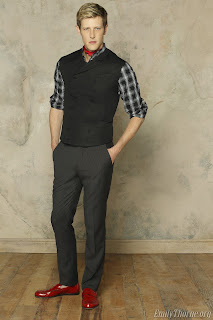 Nolan Ross (Gabriel Mann): Jail time might not be happening for him just yet but he is getting a male love interest. Now who could that be? 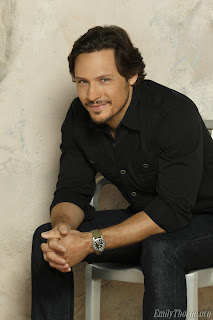 Jack Porter (Nick Wechsler): He's lost his wife and his brother last season and now he knows Emily's secret but will he keep it for long? 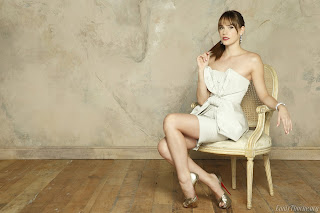 Charlotte Grayson (Christa B. Allen): She's back from Europe with a spikier personality and may be a thorn in Daniel and Emily's relationship as well. 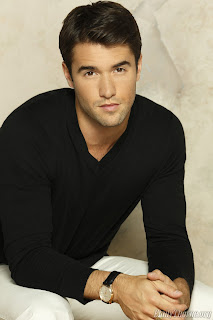 Daniel Grayson (Joshua Bowman): He's about to marry a woman who's lying to him and that ruthless streak of him isn't far away either. 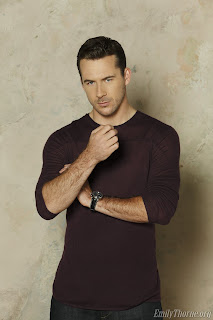 Aiden Mathis (Barry Sloane): Yes, he's alive but what role will he play this season now that him and Emily are no longer a couple? 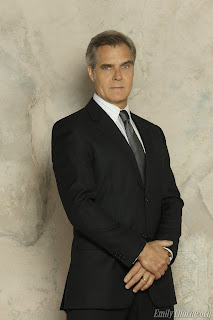 Conrad Grayson (Henry Czerny): He's in a bigger position of power this year but what does that mean for everyone else and him? We did see him suffer an attack in the recent trailer after all. 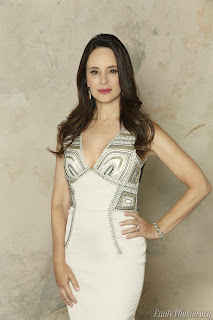 Victoria Grayson (Madeleine Stowe): It's been six months since she's seen both Daniel and Emily and she's formed a close bond with firstborn, Patrick (Justin Hartley).