The second series of Russell T. Davies and Phil Ford's magic/science mash up series, Wizards Vs. Aliens is upon and the BBC have given us a taster of what to expect with this press release ... 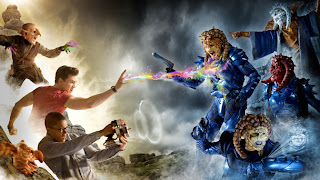 Overall, sounds like an interesting second run of episodes to look forward to. I'm also interested in seeing how that intended story for The Sarah Jane Adventures will translate on this show as well.