Last night the Official Twitter page for Doctor Who buzzed audiences about a special announcement at 11pm. Some of us thought it was going to be the announcement of the new companion or that perhaps Steven Moffat might be stepping down. Even the idea of more missing episodes being recovered was covered. Suffice to say, it was none of the above.

Instead it was the announcement of a brand new spin-off, titled Class, spearheaded by American YA writer Patrick Ness and set in Coal Hill School. 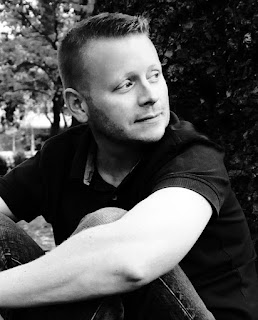 The series will run for eight episodes, 45 minutes long, will air on BBC3 (which should be online by the time this actually airs) and according to the press release from the BBC ....

Class is a YA series set in contemporary London. Incredible dangers are breaking through the walls of time and space, and with darkness coming, London is unprotected. With all the action, heart and adrenalin of the best YA fiction (Buffy the Vampire Slayer, The Hunger Games), this is Coal Hill School and Doctor Who like you’ve never seen them before.

Ness's previous credit for Doctor Who is the Fifth Doctor ebook, Tip Of The Tongue, released back in 2013. He's also best known for his Chaos Walking trilogy and one of his novels, A Monster Calls is currently a movie starring Liam Neeson, Sigourney Weaver and Felicity Jones. 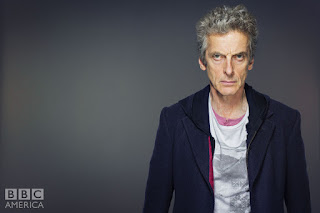 Needless to say, the reaction for the spin-off has been a mixed bag so far and I have to admit that I have some reservations. However to keep things balanced, I've compiled a list of pros and cons in relation to Class ....

- A spin-off. Always a pro and shows a confidence in the main show. Not to mention the fact that we haven't had one since 2011.
- Patrick Ness seems like a really nice bloke and a great writer. Plus one of the things the franchise could do with is more new voices. This could and probably will lead to Ness scribing an episode for Series 10 as well.
- Should certainly help in promoting the online version of BBC3 by next year. Remember Torchwood was a big hit for them when it debuted in 2006.
- Class could/should feature one or two familiar characters. More Ian/12th Doctor than Courtney (though she's more likely tbh). I definitely think an appearance (even brief) from Chesterton or Capaldi's Doctor on this show would be a good thing. The series will not feature Jenna Coleman as departing companion, Clara Oswald. Perhaps one or two familiar monsters too.

- There are better/more interesting ideas (Paternoster Gang, UNIT) for a spin-off than Coal Hill if I'm being candid and it'll need to differentiate itself from The Sarah Jane Adventures as well to stand out.
- Casting needs to be great for this one. It really does need to be great because the Whoverse can be a mixed bag for casting younger actors.
- I think it's an indicator that Series 10 of the main show might be spread over two years as well, ala Series 7 was. This is something that Private Eye alluded to months ago and something the BBC seem to be skirting around confirming as well.

Class could go either way as a show but I don't want to write it off though. While I do think there are far more interesting ideas to explore for a spin-off - two of which I've already mentioned, I do wish Patrick Ness luck with this series and I do intend to keep blogging about it (particularly as casting/writers/directors are confirmed) and will watch it/likely review it as it airs too.

Filming for Class will begin in Spring 2016 for an Autumn broadcast on BBC3 (online by then) and later BBC1.
Posted by shawnlunn2002 at 5:02 AM