Recap/Review: How To Get Away With Murder's 2x04: Skanks Get Shanked

With a rather provocative title came a somewhat provocative episode as we had one hell of a case and several new revelations to digest on too. 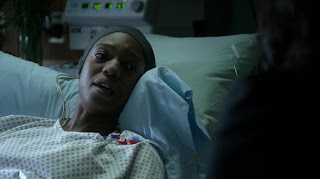 The Better Woman: Given that Nate's dying wife has been mentioned so frequently on the show, it's actually impressive that it took them until the second season to introduce the character and to be honest, I wish we had more scenes with her. Nia didn't judge Annalise for sleeping with her husband but instead wanted her helping in ending her pain. I'm glad that Annalise ultimately chose not to do so and I liked how the episode didn't try to pit either woman against each other. There was some genuinely superb writing and acting between Viola Davis and Enuka Okuma that I really do hope this isn't the only time we actually see Nia on the show. 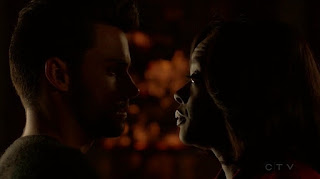 Blood On Hands: Can I just say one thing - more scenes between Connor and Annalise on their own please? Especially ones where they're sparring because I really liked that Connor sabotaged the case of the week and I like that he confronted Annalise. I also liked that he reminded her that it was Wes who killed Sam and not him, Laurel, Rebecca and Michaela (though I'm surprised she didn't remind him of hacking up Sam's body). Still though it led to a brilliant confrontation scene and performance between Jack Falahee and Viola Davis and with Oliver being a no show this week, it was nice the episode tapped into Connor's morality with the main case and not wanting any more blood on his hands. Of course, there's also the future problem with Annalise not being dead as she's still alive going by the flashforwards in this one. 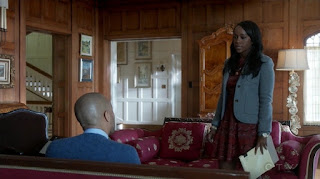 She Has Boobs: Yes, apparently that was the reason why Annalise sicced Michaela onto Caleb this week to learn more about the case but aside from learning that Catherine is still a virgin, the only thing Annalise might have done was cause history to repeat itself. This time around it seems like Michaela will be getting romantically involved with Caleb, especially as the last scene of this episode alluded to with him waiting for Michaela at her apartment. Which begs the question - what's going to happen to Catherine in the next few episodes? 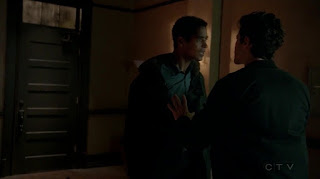 Confessions And Team Ups: I really liked the teams up that Wes has currently going with both Nate (to take down Annalise?) and Levi (to find out what happened/who killed Rebecca) but Nate raised some valid enough points about Levi's true motives and again, going into the flashforward territory, where the hell is he? Like Catherine, he hasn't factored into things so far there, so there might be a sticky end for him in the next few weeks. Meanwhile Asher needed his father's help in dealing with Sinclair and Bonnie in a rather overzealous move told Asher that she killed Sam. Bonnie, maybe not saying anything is the best way to go here. 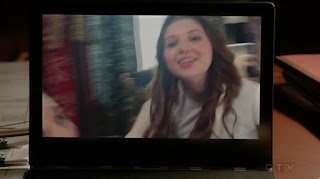 Murder School: I know high school can be intense and all that, but murdering a girl for talking to someone's boyfriend? Sheez. Anyways that was the case of the week and thanks to Laurel not buying into Zoe's "sob story" and Connor's conscience actually kicking in, the little madam was exposed as a manipulative, murdering little sociopath. I have to admit though that Zoe's rant in the courtroom upon being exposed was unintentionally hilarious but all in all, I actually do side with Connor on this one.

Next week it's meant to be crazy and it's an episode named after Bonnie too. I'm sure they're related.
Posted by shawnlunn2002 at 5:25 AM