Kind of thematic considering nearly all the shows I'm about to cover in this blog. Some of this is UK/US/Irish paced. 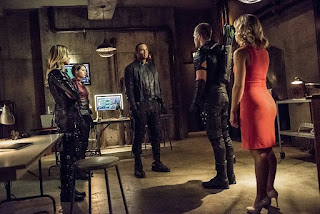 Arrow: I've caught the first two episodes and the show has had something of a mini revamp. Oliver has managed to dial his usual dour self down a few notches, adopted the moniker of Green Arrow and even seems to actually enjoy with Felicity. Unfortunately the flashbacks are still adding nothing interesting to the show but on the plus side, Damien Darhk is already a better foe than Ras was last season, we've got a gay Mr Terrific in the making and Thea and Laurel just work well together whether it's kicking bad guy butt or deciding to bring Sara back from the dead. 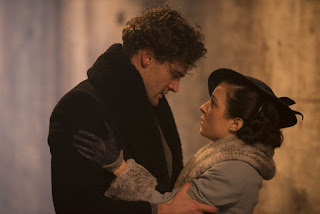 Jekyll And Hyde: You have to give it to ITV. Their attempts of creating their own Doctor Who effect have had mixed results. Primeval managed to last a decent five series and be fairly enjoyable but Demons was pretty much an abomination of a series and as for this series - well, it's potentially the strongest candidate ITV have done so far and we're only an episode in. Charlie Higson has done a fantastic imagining of the classic story and Tom Bateman is seriously brilliant in both roles. Definitely a winner for me. 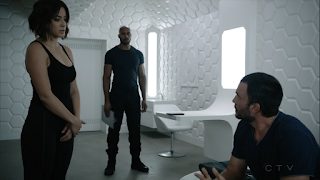 Marvel's Agents Of SHIELD: Okay, this has yet to air on Channel 4 but RTE2 (for Irish viewers) have so far aired the first two episodes of the show's third season and it's been a little bit of a slow burner. Mostly we've seen Skye complete her transformation into Daisy as she recruited more Inhumans while Ward spent time rebuilding Hydra and Fitz rescued Simmons from that weird dimension place she was in between seasons. There is some great stuff with May in the second episode though Coulson just kind of seems to be there at the moment. 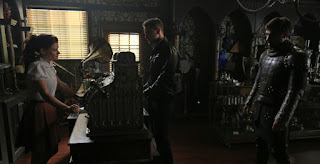 Once Upon A Time: I've only seen the first three episodes so far (will catch up within the next week) and I have to admit, I'm not really that compelled by anything as of yet. In larger roles, the dwarves are actually annoying and Emma's foray into darkness hasn't been quite as dark as I'd hope it would be. I'm also not too blown away by the Camelot arc as of yet but on the plus side, I do like Merida from the little I've seen so far. Maybe the episodes awaiting me are a lot better. 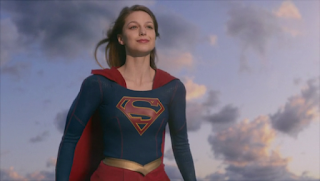 Supergirl: I resisted the urge to watch the pilot when it was leaked several months ago but today, I finally caught and I loved it. Yes, there have been stronger pilots and there certainly were moments similar to The Flash and Smallville but this show genuinely deserves to be successfully. The feminist commentary/misogynistic opening baddie might have been hammered home a little too much but Melissa Benoist is going to be the definitive Supergirl for a lot of people and in this episode alone, she embodied everything about the character. Kara is the superhero we need and with 12 million viewers tuning in, CBS have produced a show worth the weekly watch. 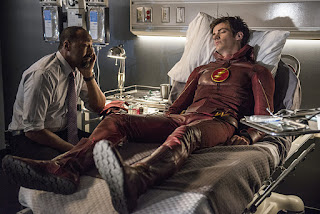 The Flash: Ah, the show that now has become so timey wimey, even Steven Moffat would struggle to keep up with this. The first two episodes of Season 2 have been a joy. I might not have liked the swift way that Ronnie was dispatched or Henry left but everything else though has been a charm. The arrival of Jay Garrick certainly has added to proceedings and the looming threats of Zoom and Wells eventual return to our world are keeping things pretty interesting as well. With all these superhero shows flying high at the moment, it's a great time to be a fan of the genre, isn't it? 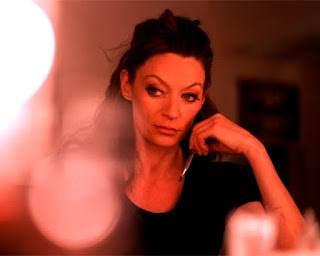 - Michelle Gomez will play a mysterious character named The Lady in an upcoming episode of Gotham. Nathan Darrow has been cast as Victor Fries for the show.
- Barbara Hershey will be returning for Once Upon A Time's 100th episode.
- Henry Czerny has been cast as the Toyman for Supergirl.
- HBO have cancelled The Brink after one season.
- Sherlock's upcoming special, The Abominable Bride will air on BBC1 and Masterpiece on New Year's Day.
- Bryan Fuller is to revive anthology series, Amazing Stories for NBC.
- ABC have cancelled The Whispers after one season.
- Gilmore Girls is being revived for Netflix as a series of four 90 minute episodes.
- Ryan Murphy and Gwyneth Paltrow may be working on a new show about a former 1990s hitmaker called One Hit Wonder.
- Empire creator Lee Daniels is planning a show about a girlband named Star.
Posted by shawnlunn2002 at 6:56 AM

Labels: Arrow, Jekyll & Hyde, Marvel's Agents Of SHIELD, Once Upon A Time, Supergirl, The Flash