Slight edit in this post to include another significant picture. 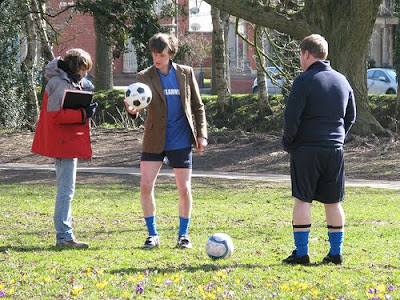 The Doctor (Matt Smith) playing football with James Corden's character. Even when taking part in the sport, he sticks to the tweed. Gotta love that. Daisy Haggard is also appearing in this episode as well, presumably as a love interest for Corden's character. 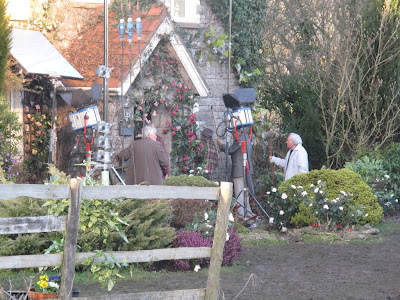 Filming was still commencing on this block of episodes and by the looks of it, this is the lodger episode I speculated about in the previous spoiler blog (Amy's pregnancy one was confirmed as episode 7, so this is 11). 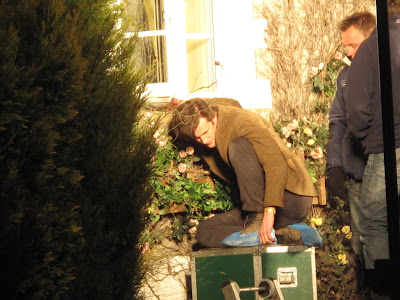 The Doctor (Matt Smith) is either spying or hiding from someone. Well, he's going to be spending a lot of time with James Corden in this episode so maybe that explains something. 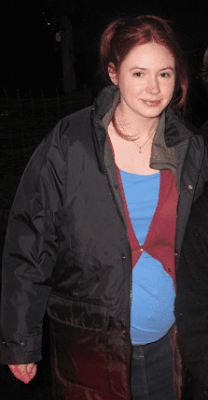 Yes, Amy Pond (Karen Gillan) does look pregnant in that one. One of the better pictures from that episode. 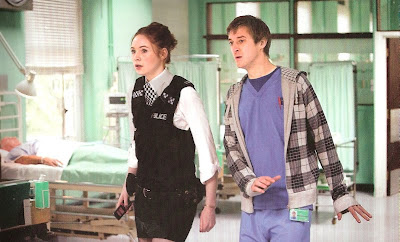 Scans from The Eleventh Hour (which will be 65 minutes long), showing Amy and Rory (Arthur Darvill) investigating at a hospital. The menace, Prisoner Zero is a shapeshifting foe for this one. Guest stars confirmed for this story are Nina Wadia as a doctor, Annette Crosbie as Mrs Angelo, Marcello Magni as Barney Collins, Tom Hooper as Jeff and Peter Moyes as a patient. 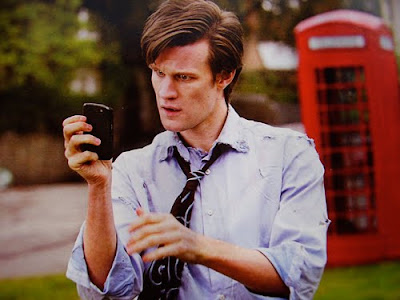 The Doctor's clearly gotten a distubing phone call - well, something's worrying him no doubt. Also in DWM 419, Steven Moffat talked about Matt having to carry a torch in episode 12. As long as it's not a Fear Her type thing, I'll be happy. 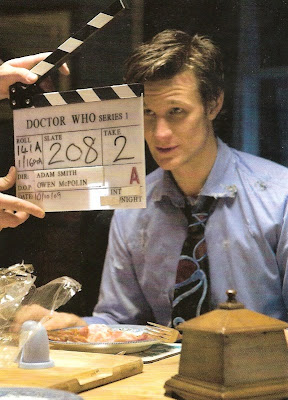 The Doctor sits down to a well prepared meal. Actually I've been reading that food might be something of a thing with this version of the Doctor, in that he's got some erratic eating habits. There's a scene where him and Amy are discussing food in the opening episode as well. Other confirmed episode titles are The Time Of Angels, Flesh And Stone and Vampires In Venice.