A look at some of the shows I've been watching just of late .... 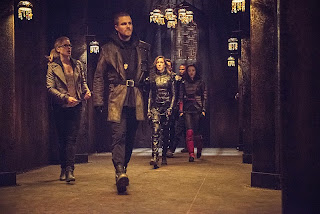 Arrow: The last few episodes have meandered a little and I have to admit, after initially finding Ras fascinating, I've actually gotten bored with the character and his desperation to make Oliver his heir. Maybe it's the Batman fan in me but either way, this plot isn't best working and having Nyssa being forced into marrying Oliver left a nasty taste too. On the other hand, I have enjoyed Thea and Roy's reunion and I liked that both Felicity and Ray broke up while remaining friends too. Ray has grown over the course of the season for me, character wise and more of Tatsu would be nice too. Hopefully the finale finishes off this 'heir to the demon' storyline for good though. 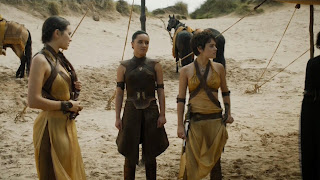 Game Of Thrones: I admitted to not really enjoying the opening episode as much as I did previous ones but the following episodes have been brilliant. While Ellaria's quest for vengeance is tedious, I do find the Sand Snakes interesting and I'm enjoying Jamie and Bronn's scenes together along with Tyrion and Jorah's ones too. Of course, it does seem like bad decisions are being made with Dany sticking around in Meereen and Cersei allying herself with the High Sparrow as well but at least Arya is getting results in Braavos and hopefully the change with the Sansa/Ramsay storyline will result in a painful demise for the latter. One can hope, right? 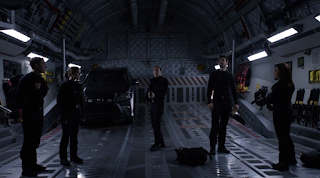 Marvel's Agents Of SHIELD: Still enjoying this season and the last few episodes have been great. May's backstory episode had it's moments and the show's attempts of having the original players work with Ward in order to rescue Lincoln and Mike also was a nice way of showing just how much things have genuinely changed with the show. The Inhumans plot is a lot better than the Real SHIELD stuff though, even if the show has found a better way of meshing the two together. 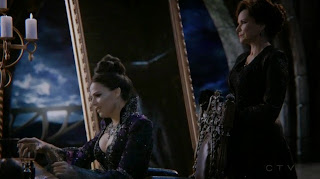 Once Upon A Time: I'll admit it - the Queens of Darkness was good on paper but didn't translate so well onscreen. Ursula had been taken out of the equation too quickly, Maleficent was mainly focused on reconnecting with Lily (which admittedly had some good moments) and while Cruella was the only one with true nastiness (and the most original backstory) was taken out too quickly. Not to mention that the pregnancy plot with Zelena seems like another obstacle we could've done without. At least with the Author getting a tad power crazy, it should lead to a suitably bonkers finale though. 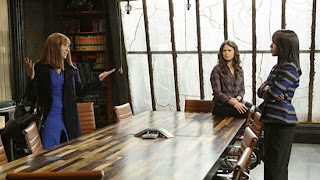 Scandal: And the award for most distracting wig on telly - goes to Lena Dunham in an episode where she played a character that acting wise, didn't really stretch her but at the same time wasn't as frustrating as Hannah Horvath either. The last few episodes on SkyLiving have been fine but a little coasting. I did like Cyrus and Michael getting married but I am hopeful we'll never have to see Mellie's sister ever again. As for the B613 stuff, it does look like this season might finally wrap up that strand once and for all. 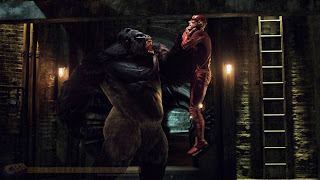 The Flash: Right now, this has rapidly become one of my favourite shows and the last few episodes have been joyfully mad to watch. An episode with a mind controlling Gorilla (hello, Grodd) shouldn't have worked but it bloody well did and having Iris finally be in the know of everything just as the show heads towards it's final two episodes is another good step in the right direction. Along with everyone being privy to Wells/Eobard too. I don't know what the last two episodes are going to do but I'm definitely excited to find out. 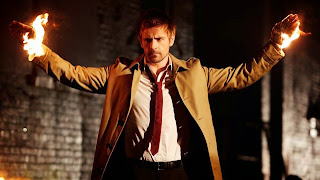 - Constantine is among several shows from NBC to get the axe. Others include About A Boy, State Of Affairs and Marry Me.
- ABC have passed on the Bobbi/Lance spin-off but have renewed both Agents Of SHIELD and Agent Carter for further seasons.
- Orphan Black has also been renewed for a fourth season. Brilliant news.
- Gotham's second season will return Jerome and introduce both Mad Hatter and Clayface.
- The Frankenstein Code has been ordered to series by FOX.
- CBS are rumoured to be planning to wrap up CSI with a television movie as the show's future is in the air.
- Following a certain departure, ratings have dipped for Grey's Anatomy but the show will be back for a 12th season.
- Rosario Dawson will be in the second season of Daredevil.
- CBS have officially picked up Supergirl for a series.
- Jonathan Strange & Mr Norrell will air on BBCAmerica from June for US viewers.
Posted by shawnlunn2002 at 6:00 AM

Labels: Arrow, Game Of Thrones, Marvel's Agents Of SHIELD, Once Upon A Time, Scandal, The Flash