Yup, you've heard correctly. If both Doom Coalition and The Diary Of River Song from Big Finish weren't enough for the character, then another onscreen appearance is in order. 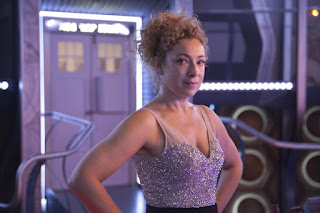 Last seen in the seventh series finale The Name Of The Doctor back in May 2013, Alex Kingston will be reprising the role of the flirty archaeologist and spouse of the Doctor in the upcoming Christmas episode, which has begun production. The episode is written by Steven Moffat and directed by Douglas Mackinnon who also directed this year's Sherlock Christmas special, The official BBC synopsis for River's return to Doctor Who is ....

It’s Christmas Day in the future and the TARDIS is parked on a snowy village street, covered in icicles, awaiting its next adventure. Time traveller River Song meets her husband’s new incarnation, in the form of Peter Capaldi, for the first time this Christmas.

I guess we should've seen this coming in a way. Steven Moffat himself never really dismissed the idea that he wouldn't bring back River in Capaldi's era and even Russell T. Davies commented that a Capaldi/Kingston episode would be sexy. Not to mention the fact that the character is also meeting the Eighth Doctor, courtesy of Big Finish as well. 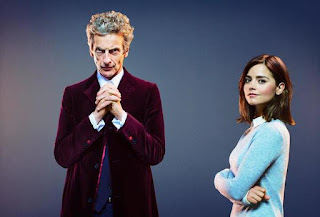 Now, the obvious questions to ask ...

- When in River's timeline will she be meeting the Twelfth Doctor?
- Is Clara a part of the episode? The press release doesn't mention her at all and it does seem like Jenna Coleman could be stepping down from the TARDIS in the finale as well.
- Also, is River the only returning character in this Christmas episode? What if there are more to be announced over the coming weeks?

Personally, I'm delighted to see River back. While I will admit that I felt the character's arc had come to it's natural conclusion during the seventh series, I am definitely intrigued to see how she'll fare with Capaldi's Doctor and the fact that she's in the Christmas episode gives it a little more momentum as well. Overall, it should be a very interesting one this year.

Doctor Who - Series 9 will air on BBC1/BBCAmerica from September 19th. The Christmas special will air on Christmas Day.
Posted by shawnlunn2002 at 6:13 AM