With the ninth series of Doctor Who set to air in four days time, both the BBC and Radio Times have released all the titles for the episodes and a few rather spoilery thing as to what to expect over the next twelve weeks. Without further, here goes nothing ... 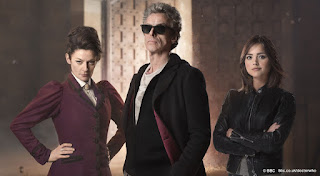 The two part opening story in which going by the Prologue released on Friday will see the Time Lord facing an old enemy and will also see something of a strained alliance between Clara and Missy as they search for him. It's already been revealed that the Daleks (all kinds of them) are in this story but there's also a few more surprises and the cliffhanger for the first part is definitely something of a shocker alright. As for the old enemy, I think we all know who it is by now, don't we? The main mission statement for the new series is the Doctor's confession and why he left Gallifrey in the first place.

Episodes 3 & 4: Under The Lake/Before The Flood

Under a lake, in the dripping gloom of an underwater base, stands a gleaming black space ship, recovered from the lake bed. In the first part of this story, both the Doctor and Clara find themselves deadly with a dying base crew while the second part of this one is on land, features the Fisher King as well as addressing the question of who composed Beethoven's Fifth. 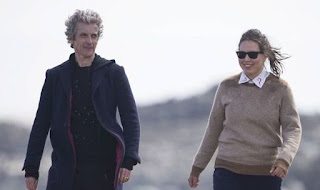 Episodes 5: The Girl Who Died

Something of a linked story, the first part is set within a Viking village (along with some space elements) and focuses on a young woman named Ashildr (Maisie Williams), who has declared war on a merciless race named the Mire. This episode will also address the issue of the Doctor learning where he remembered his current face from as well. Odin also features in this episode too.

Episode 6: The Woman Who Lived

Second part of the story, only this time the action is in 1691 England and there's a highwayman (Maisie Williams again) called the Nightmare with a fire breathing creature causing all kinds of trouble while the Doctor is both on the trail of an alien artifact when a certain someone isn't letting him get away from the consequences of his actions.

It's the return of UNIT, Zygons and the maybe not so dead Osgood (or is it a Zygon?) in this largely present day based two parter. The synopsis for this one is interesting with elements of topical issues, the duality of both human and Zygons and their strained peace ceasing along with the fact that there will be some continuity from The Day Of The Doctor in this one. 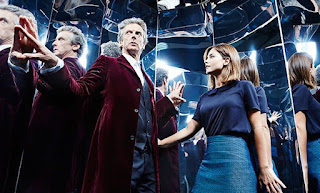 This is footage collected from a space rescue mission. If you value your life, your sanity, and the future of your species, DO NOT WATCH IT. Literally, that is all that has been revealed about this one but even with that little amount of information, it does appear that Mark Gatiss is writing something a little different than usual for him, which is exciting.

This episode not only features the return of Rigsy from last series Flatline but it's also an episode that will deal with invisible, alien streets on the streets of London as the Doctor, Clara and Rigsy work together to save the day but only one of them can face the Raven so to speak and not all of them will get out alive.

The two part finale will certainly mix things up a little compared to previous ones. With the guest cast for this being largely secret (even though we now know some of the Christmas special guest cast), the first part of the finale will be a one hander with Peter Capaldi being the only actor as the Doctor has to face something alone while the second part seems to be heavily signposting that Clara's time with the Doctor will come to an end by the end of the episode. The Doctor's confession will also be revealed in the finale too.

So there is your guide to Series 9. It certainly feels like we've got one of the most ambitious series ahead of us as both the Doctor and Clara are taken to new highs and lows. Meanwhile filming on the Christmas special is continuing with rumoured guest stars such as Matt Lucas and Greg Davies joining the show alongside Peter Capaldi and Alex Kingston.