Well, there's three months to go but we're getting some progress on Torchwood's fourth year, otherwise known as Miracle Day. 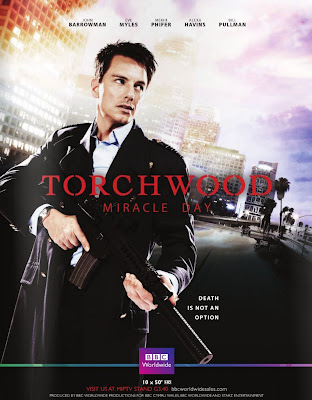 This poster pretty signifies that death is not an option and the trailer released during the weekend also plays on the notion of death's end being a bad thing for the world as well. In terms of more spoilers, I can reveal that Academy Award winner Gregory Nicotero is designing an alien for the upcoming season. 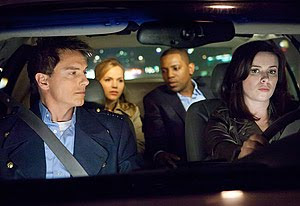 Above is a picture from possibly the first episode with Jack, Gwen, Esther and Rex but more cast shots are expected to surface pretty soon as well. Also, another thing that can be confirmed is that Murray Gold will be scoring the fourth season as well. Below is also the trailer that Starz are using to promote Miracle Day as well, which will air on the channel and BBC1 from July 8th.