We're closer to the fourth series of Being Human and some more casting has been announced. 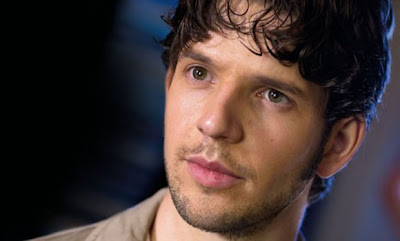 Irish actor Damien Molony has been cast as a vampire named Hal. The actor has mentioned in interviews that his character will be different to Mitchell, with a lot of backstory to play with and he's a bit posh too. Expect to see him in tweed suits, pressed cufflinks and the like as well. Hal is one of a few characters cropping up this series with Michael Socha reprising his role as werewold Tom McNair, Craig Roberts reappearing as Adam, Lee Ingleby as vampire elder Edgar Wyndham and Andrew Glower as Cutler. Toby Whithouse has also promised to take the characters places where they've never gone before in the eight part series. 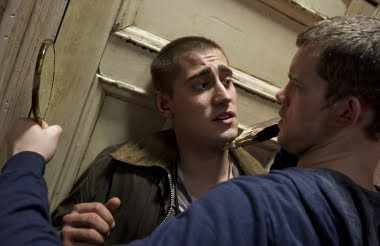 Writers for the new series include Toby Whithouse, Lisa McGee, Jamie Mathieson, Tom Grieves, and John Jackson as well as directors such as Philip John and Daniel O'Hara. An official synopsis has also been released for the upcoming series as well ...

A vampire, a werewolf and a ghost do their best to live a normal human life whilst fighting off evil and bringing up a baby

In an old hotel in a sleepy seaside town, there lives a vampire, a werewolf and a ghost determined to live a quiet human life. But out there, lurking in every corner of society, there are vampires ready to rid the world of its humanity. The Old Ones are on their way and it’s up to our heroes to fight for the right to live in peace. Not only are there vampires to seek revenge on, there’s also a wicked ghost on the loose and someone’s trying to expose the existence of werewolves… Not to mention all the nappies that need changing!