And here is one of two TV blogs. Next one is tomorrow. 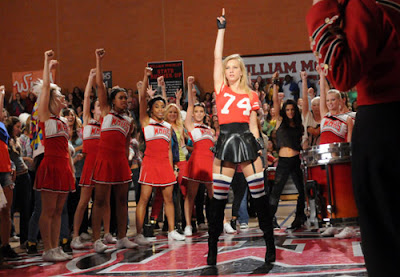 Glee - Great set of episodes of here. The second one seemed to deal all too quickly with Quinn's downward spiral but the reintroduction of Shelby and a second club which Mercedes ended up joining after the third episode was an interesting. Actually, the third episode was the best we've had - much needed focus on Mike's family, Emma's family (and Will being the supportive partner) and Mercedes being called out on her laziness as well. Plus Brittany at her flash mobbing best bid for Class President means that Kurt is probably going to lose another role pretty soon. Too bad we have to wait a month for more episodes though. 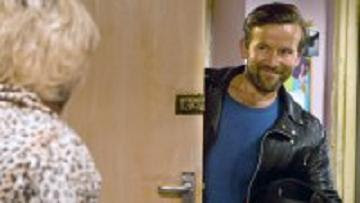 Shameless - Is it weird that I've enjoyed the second half 0f the series more than first half? The 100th episode felt like a return to form and the fact that Kev briefly returned and it was written by creator Paul Abbot certainly helped matters. But it still isn't perfect. I couldn't care less about Aidan as a character, Shane/Kelly's marital problems seemed to come out of nowhere, Mimi and Billy are still wrong to watch and Marty's return was ultimately pointless in the end. And Frank has got to go - he's become the epitome of cannon fodder now. 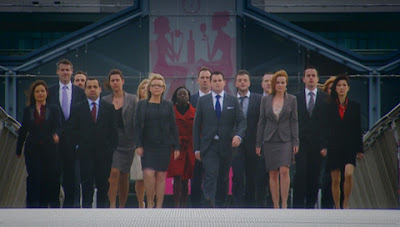 The Apprentice Ireland: Ah, I missed this show and funnily, I actually prefer it (slightly) to the UK one. Speaking of the UK one, this one has adopted the same stratagem this year with Bill going into business with one lucky hopeful instead of giving them a job. So far, I don't like any of them and while Ashling was an incompetent PM (read the fecking brief, woman), I would've fired Chris a lot quicker. He's a big character - yeah, right. Still, the next 11 weeks should be fun though. 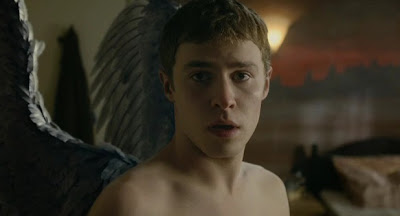 The Fades: I'm at a crossroads with this show. Every time I feel underwhelmed, something drags back to watching it. The second episode was incredibly dreary (apart from Mac's daddy issues) but the third one sort of made up for it. Paul with wings and then Paul in a coma was interesting, Helen crossing over, Neil getting Mark to talk to Sarah (she's still here) and then Mark getting arrested for his estranged wife's disappearance and the arrival of John at the end. I hope this means the second half of the series delivers, especially with Anna and Jay, who are the weaker characters of the bunch.

This Is Jinsy: Every now and then, I see a programme so unimaginably horrible, I find myself at a loss as to why anyone in their right mind would commission such a show. Sky1 - what the hell were you thinking? Were you that hard up for new programmes you allowed this dreck to be subjected to a public audience? If you haven't seen it (and I only watched it for David Tennant and Catherine Tate's episodes), really don't bother. It tries to be akin to the likes of The League Of Gentlemen but it's nowhere near that level of entertaining. Avoid like the fucking plague.

- The Simpsons has been renewed for two extras seasons, courtesy of FOX. I guess that salary dispute got sorted then.
- Both The Playboy Club and Free Agents have become the first shows to get the axe for this season. I wonder what other shows will follow.
- Amber Benson will play a stripper in the 10th episode of Ringer, who Victor comes into contact with.
- Alice Evans will be playing Esther, the mother of Klaus in an upcoming episode of The Vampire Diaries (ITV2 are airing Season 3 tomorrow at 9pm).
- Irish viewers will see Pan Am first when RTE2 air it Mondays at 9pm from October 17th.
- Kristin Bauer will be played Maleficent in an upcoming episode of Once Upon A Time.
Posted by shawnlunn2002 at 6:15 AM

Labels: Glee, Shameless, The Apprentice, The Fades, This Is Jinsy