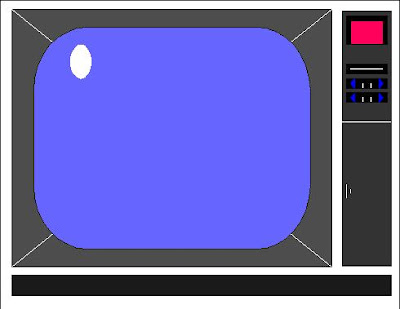 Best Show (UK): Misfits. Spent the last five months catching up with this superlative series. So glad a third season is coming.
Worst Show (UK): The Deep. Just terrible to be honest.

Best Show (US): True Blood. Because both Seasons 2 and 3 kept me hooked like no other show.

Worst Show (US): The Event. More like non-Event to be honest.

Worst Villain: Smoke Monster in Lost. Much as I liked Season 6, I grew tired of that fecking monster.
Best TV Death: Um, everyone's in Ashes To Ashes. Not many TV deaths affected me this year.

Worst TV Death: Freddie's in Skins. I was never a big fan of the character but he deserved better.
Shocking TV Moment: Bill being revealed as a total bastard in True Blood. Also Rita's death in Dexter.
Sexiest Male On TV: Matthew Rhys in Brothers And Sisters. Just cos.
Sexiest Female On TV: Going with Karen Gillan in Doctor Who. Even I'm drawn to Amy Pond.
Best Finale: Dexter's fourth season finale, The Getaway.
Yes, Kids Are Annoying: Cooper and Paige in Brothers And Sisters. Sorry, but they irritated me this year.

Neither Use, Nor Ornament: Holly Harper and Ryan Lafferty in Brothers And Sisters - again. Though at least one of them is long gone and forgotten by all.

Good Reality TV: The Apprentice. Both Irish and UK versions this year.

Bad Reality TV: Big Brother 11. Well, the parts that were the John James and Josie show.

Best Gay Couple: Kevin Walker/Scotty Wandall in Brothers And Sisters. Emily and Naomi from Skins come a close(ish) second for the second and last time.

Best Straight Couple: Dexter Morgan and Lumen Pierce in Dexter. It shouldn't have worked but damn it did.

Worst Straight Couple: Jason Stackhouse and Crystal Norris in True Blood. Something lacks with those two.
Best Guest Appearance: Julia Stiles in Dexter. Though she was practically a regular in Season Five.

Worst Guest Appearance: Will Young in Skins. I like the guy but I found his cameo in Freddie's episode jarring for some reason.

Killed Too Soon: Ivan in Being Human. I liked him towards the end.

Difficult Season: Heroes. Even with it's fourth season, this show couldn't get it's act together. A shame really.

Best Female Character: Sue Sylvester in Glee. She might be cartoonish but she is fun to watch.

Best TV Partnership: The Doctor/Amy Pond in Doctor Who. Amy might not sit well with certain viewers but damn, I like her.
Worst TV Partnership: Sean and Christian in Nip/Tuck. In the end, they went their seperate ways. Doesn't say a lot about friendship, eh?

Best Use Of Music: Skins. One of the best things of Season 4.

HoYay Award: Sherlock/Moriarty in Sherlock. The hoyay went stratospheric during The Great Game when these two finally met.

Nice, i like these lists :) Haven't seen all the shows or agree with them all, but a very enjoyable read.

What shows haven't you seen, Nat?

Happy new year as well. Sorry for the lateness of this.