Okay, this is my last blog for 2010 and I might as well end the year with a soap one. It's been an interesting TV year for the most part and here's hoping 2011 maintains that in every TV medium. 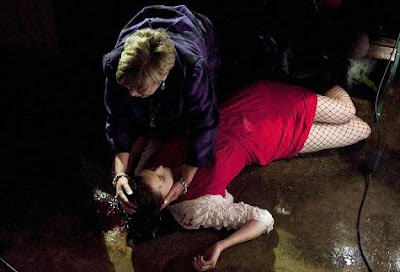 Coronation Street - Tracy Barlow is a woman who certainly knows how to turn an entire cast against her, isn't she? Less than a week back on the cobbles, she's managed to insult everyone, bed David Platt (yuck) and got her head caved in as well. I think it's obvious to assume that Steve and Becky aren't guilty of this one, even if the next few weeks will keep them in the frame. Apart from that, Gary's PTSD storyline as well as Sally and Tyrone turning on Kevin have been the only other strong storylines going, post-tram. Oh and if Leanne can stop berating Nick for five minutes that would be nice too. I also have to admit to enjoying the presence of Claudia during tonight's New Year's Eve episode as well. 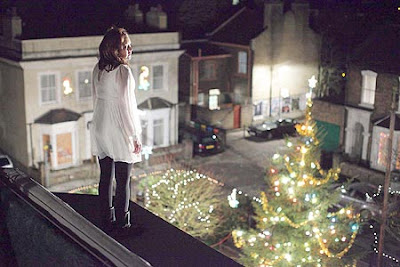 EastEnders - Every now and then, a soap writer gets the idea to ACTUALLY allow someone to get away with murder and despite Janine's best efforts over the Christmas, Stacey Slater managed to leave Walford without Ryan but with her baby and enough cash from Max to escape the coppers. As frustrating as I've found Stacey a lot of the time, a part of me was pleased that she did get away with killing Archie. However tonight's episode pleased me less with Ronnie's one day old son dying and her taking Kat's baby. I'm not a sensitive viewer but even I think this upcoming baby swap storyline is a little too cruel, despite the fact that I'm confident with both Jessie Wallace and Samantha Womack being able to deliver. On the plus side, Kim is still bags of fun and the less I focus on Carol/Connor or Ian/Glenda/Phil, the more bearable certain episodes are to watch. 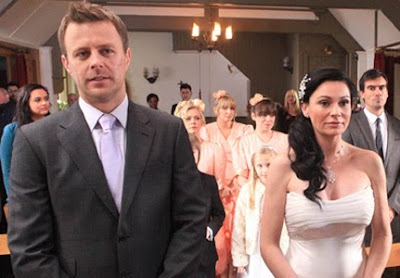 Emmerdale - Ooh, I like a good wedding, especially if it's one where Chas finally got her revenge on Carl and Eve before the latter scurried off. As storylines went, the build up to this one has been great and the pay off was fun but in spite of all her hatred for him, I'm still betting that Chas will get back with Carl in 2011. Other highlights of the month have been the return of Eric's other son, the arrival of Declan's father Dermot and Aaron and Jackson actually getting some scenes together where it isn't an angst fest. Any chance things can be lighter for the pair next year? 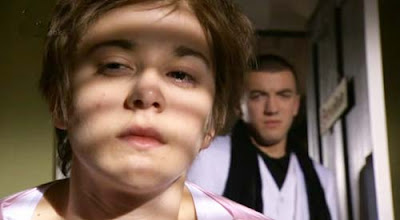 Hollyoaks - For a soap aimed largely for teens, this has definitely been a darker and more hard hitting month for it. India got murdered in the most horrible way going, thanks to crazy Silas and Jasmine/Jason's GID storyline has finally become public knowledge with some predictable reactions from her family (and some humorous ones as well, courtesy of Mitzee). On the plus side, the show's also making progress in trying to develop Brendan as a character as his dyanamics with Danny, Ste and Warren have all taken interesting turns. I'm not sold on him still but he's definitely improving as a character.

Doctors - I rarely watch this show and with an episode called The Living Gaylights, I have to admit that I've probably seen better acting in panto but even I find Simon Bond rather cute. The episode where he was dreaming about being a gay James Bond, replete with hot scantily clad men and being tied up was definitely one of the sillier soap storylines done in a while. On the serious side, they also tackled a near suicide attempt with the character as well but luckily, there's still a hot gay guy in this soap.
Posted by shawnlunn2002 at 1:15 PM