And here are some promo pictures of Dexter and Deb for the seventh season of Dexter ... 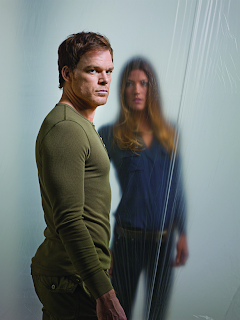 The new season is literally only five weeks away now and the latest trailer for it really has gone above and beyond in terms of spoilers. It seems that Dexter might not be going to jail for killing Travis (was there a doubt he would?) but his relationship with Deb definitely isn't in a good place. 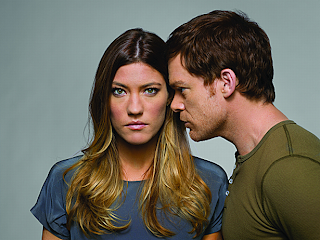 A two minute trailer released recently showed us clips of former Dollhouse actor Enver Gjokaj appearing as well as Dexter and Deb literally coming to blow (Deb's got an impressive right hook), Louis getting his just desserts, courtesy of Dexter, more dead bodies and rumblings about the Bay Harbour Butcher, someone in a creepy bull mask and even Dexter contemplating the worst thing possible as well. There's also rumours that former Supernatural actor, Jim Beaver may also be appearing later in the season as well. 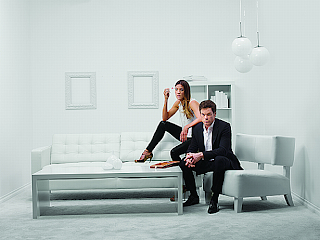 I know Season 6 was easily the show's weakest year and while I am hoping to hell that the 'romantic' interest Deb developed out of nowhere for Dexter will die a quick death this season (though I've heard runours it won't), this does look genuinely exciting. Season 7 definitely will be must see TV at this point.

Dexter Season 7 will air on Showtime, Sundays 9pm from September 30th.
Posted by shawnlunn2002 at 6:47 AM