With another few weeks until their return, Showtime has released some poster promoting the upcoming seasons of both Dexter and Homeland. 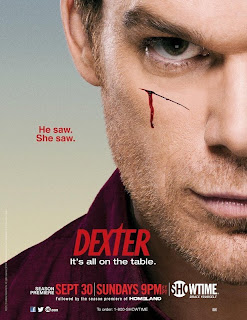 Dexter's upcoming seventh season seems to have a theme of 'he saw, she saw', due to that bloody cliffhanger at the end of the last season. Oh and for those of you hoping that Deb's feelings for Dexter might disappear, following that revelation, well you're going to have to watch the new season to find out. 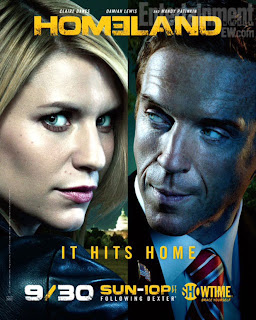 Homeland meanwhile seems to be implying a further collision course with both Carrie and Brody as the two seem unable to avoid each other. We know Carrie's memories are due to return in the new season and Brody will be climbing up the political ladder as well.

Dexter and Homeland both premiere on Showtime from September 30th.
Posted by shawnlunn2002 at 5:26 AM