And my last blog for the month and it's a soap one. 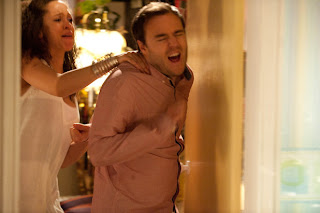 Coronation Street: I may not condone Kirsty's actions towards Tyrone, even with the knowledge that she used to be abused by her father but right about now, she's the best thing about this show at the moment. A fascinating character, brought nicely to life by Natalie Gumede. However, it's amazing that both Karl and Eva continue to bore as characters and when it's not lame affairs (both real and imaginary), neither remotely compel as characters and the less said about that god awful plot with Eileen/Paul/Lesley the better really. 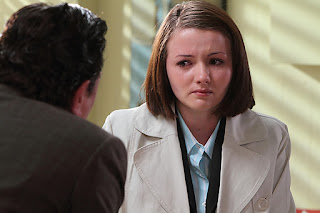 EastEnders: With so many characters taking a leave of absence from this show, I'm beginning to see why the writers might be so keen now to humanise Derek a little. The addition of Alice is a nice touch along with him helping out the perennially bland pairing of Whitney and Tyler but threatening Tanya was just a nice reminder that Derek will never be a nice guy though. As for Ian's reaction to Ben's confession of murder and the exit of Mandy - it really hasn't been his month, has it? And Michael conning Jean as well just proves that he too will never be nice either. 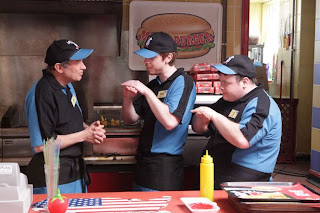 Emmerdale: I shouldn't feel sorry for Ashley after his behaviour over the last few months but he certainly is paying for it now though, isn't it? Most of the village hate his guts, his marriage is in tatters, his own child is scared of him and he's been defrocked and forced to work in a burger bar with two idiots lording it over him. Still, it's a better plot that Cameron and Chas's dull affair or the not so shocking discovery that Megan had a child she gave up for adoption. At least some of the scenes with Zac and Cain have also been interesting to watch this month. 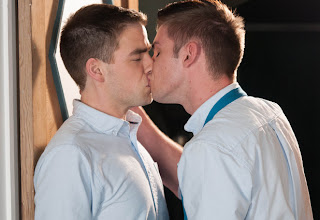 Hollyoaks: And now, Doug is struggling with his sexuality/has fallen in love with Ste/but also slept with Texas/admitted he was gay. Only in soapland would you get this level of character whiplash but I'd rather see Ste with someone like Doug than Brendan any day of the week and it was better than the subplot of Bart landing his family in it with the authorities again. One of the show's more quiet of months but the trailer for the next few weeks certainly looks interesting.
Posted by shawnlunn2002 at 4:54 AM