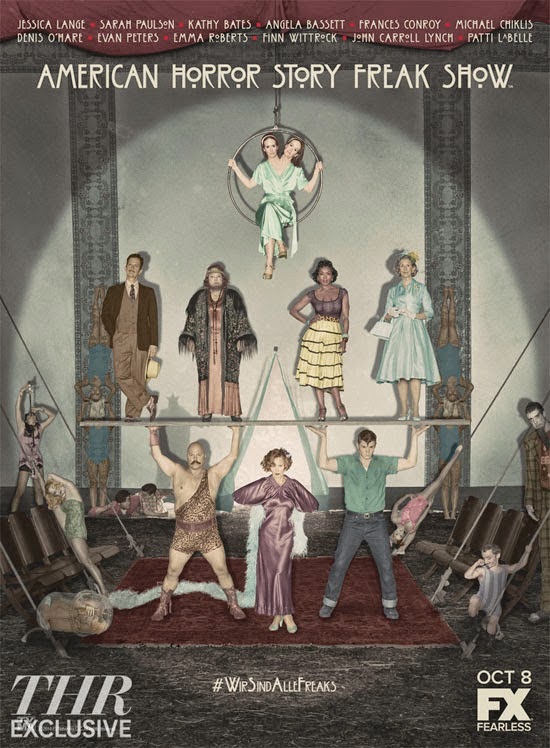 The promotional poster for Freak Show is certainly laced with spoilers. We've got Kathy Bates as the bearded lady, Angela Bassett having three boobs as well as Sarah Paulson as the two headed lady and there seems to be something up with Jessica Lange's arms as well. Michael Chiklis is definitely the strongman of the bunch along with Evan Peters and I'm fairly certain that Emma Roberts is trapped in a particularly sticky position as well. I'm not too sure what exactly is meant to be freaky with Denis O'Hare, Frances Conroy and Finn Wittrock's characters but the WirSindAlleFreaks hashtag translates from German as 'we are all freaks', tying into Lange's character Elsa Mars being a German ex-pat. 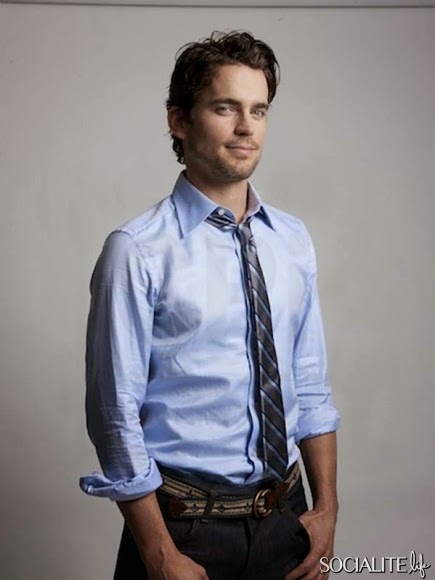 Adding to the show's guest list, Matt Bomer, who has previously worked with co-creator Ryan Murphy in other projects such as Glee, The New Normal and The Normal Heart will be appearing in one episode of the upcoming season. Bomer will be playing a role that's 'very warped' according to Murphy. Other guests  and recurring actors in the new season include Jamie Brewer, Gabourey Sidibe, Patti LaBelle, John Carroll-Lynch and Wes Bentley. Also tiny teasers have started to air now - three of them so far titled, Admit One, Lick and Spotlight and like previous season teasers, they're delightfully twisted.

American Horror Story: Freak Show will air Wednesdays 10pm on FX from October 8th and will air for UK viewers on FOX shortly afterwards.
Posted by shawnlunn2002 at 5:23 AM