Scandal - The Secret Is Out

With the fourth season due on ABC in September and UK viewers finally getting the third season on SkyLiving two days ago, I thought it was finally time I saw what the fuss was about a show named Scandal. 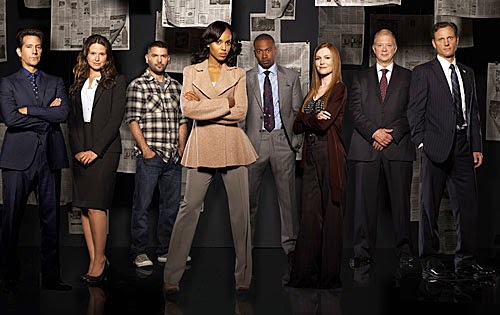 The series, created by Shonda Rhimes (Grey's Anatomy, Private Practice and the upcoming How To Get Away With Murder, which will be discussed in a future blog), focuses on Kerry Washington's Olivia Pope, the owner of a crisis management firm, Olivia Pope & Associates. The firm's is to protect the elite's public image at any cost. On the payroll include such characters as Harrison Wright (Columbus Short), a smooth and efficient litigator; Abby Whelan (Darby Stanchfield), the firm's investigator; Huck (Guillermo Diaz), a hacker with a CIA past; and recent recruit Quinn Perkins (Katie Lowes), a fresh faced lawyer with a secret. In the first season, former Lost actor Henry Ian Cusick played the role of detective Stephen Finch but has since left the series. 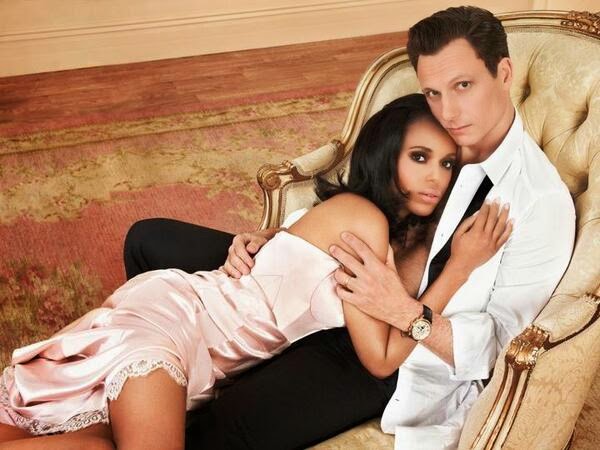 Of course the biggest storyline that has been embedded into the series has been Olivia being put on the payroll to get Tony Goldwyn's Fitzgerald 'Fitz' Grant into the White House and while this initially involved some of the usual campaign methods, it wasn't too long before some rigging in Defiance, Ohio sealed Grant's fate and an affair between the now President of the United States and Pope began with disastrous consequences for everyone involved, including the First Lady Mellie (Bellamy Young) and the rather volatile chief of staff member, Cyrus Beene (Jeff Perry) to name a few. 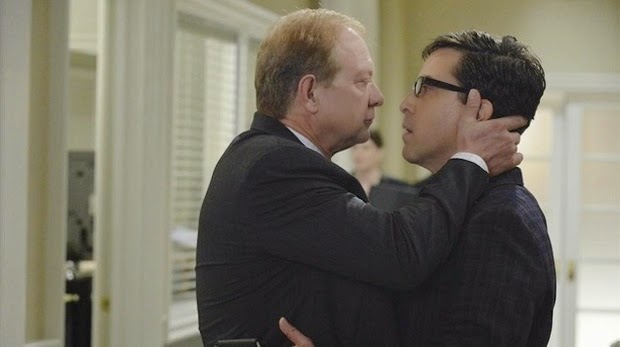 While Scandal has some pretty interesting characters (easily some of the most interesting that Rhimes has ever created), Cyrus Beene might be the most interesting of them all. In the first two seasons, he's proven that he will take any lengths (intimidation, coercion, even hiring assassins) in order to maintain his own position of power as well as Fitz's seat in the Oval Office as well and his relationships with both Olivia (mutual distrust/reliance on each other occasionally) and husband, James Novak (Dan Bucatinsky) have been fascinating to watch, even though I kind of wish I hadn't read a certain spoiler about Novak's fate for the currently airing on SkyLiving third season. 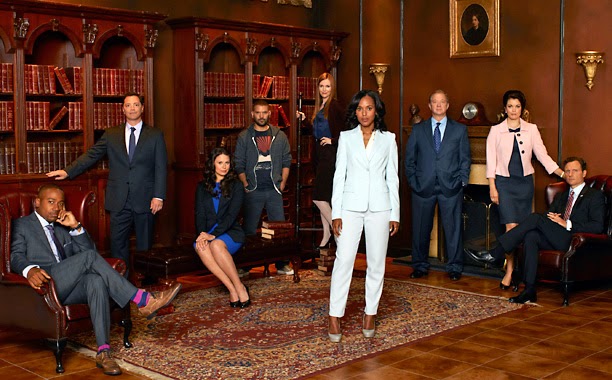 While sometimes I do tend find Shonda Rhimes writing a little soapy, I think she personally nailed something on the head here with Scandal. Rhimes has always been great at writing for female characters, people of colour and LGBT characters and this show has a plethora of all of the above - fully realised and multifaceted. Washington's Olivia Pope is by far one of the best female characters currently on television and I like that the show has explored every facet of her ill-fated romance with Fitz without compromising her character and with the third season dealing with the consequences of their relationship becoming public knowledge, it'll be interesting to see where else Rhimes can take her Gladiator leading lady and the other characters on the show.

Scandal's third season currently airs Thursdays at 9pm on SkyLiving while it's fourth season will air also Thursdays 9pm on ABC from September 25th.
Posted by shawnlunn2002 at 5:32 AM