Yeah, I've decided I'll be doing two blogs a week as I want to finish up watch/reviewing Batman: The Animated Series this month, so here's my second blog this week in relation to the show. 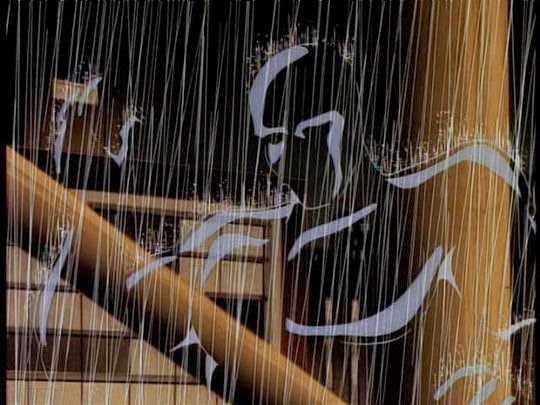 I got to admit, this isn't a favourite of mine. It's a reasonably straightforward enough story though with a released criminal using technology to make himself invisible to commit some petty crimes as well as steal his daughter from his ex-wife. There are some nice little sequences during the fights Batman has to have with the invisible Sam but overall, it's a fairly okay episode. Watchable enough but definitely something of a weak one though. 6/10 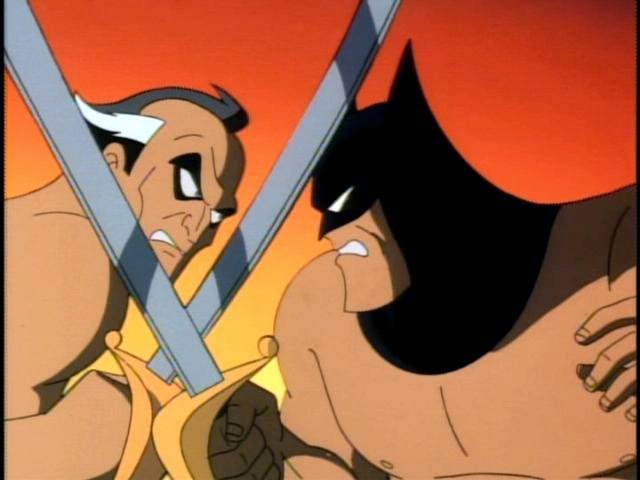 Given their intriguing debut in Off Balance, it was only fair that we would get another encounter with Ras Al Ghul and his daughter, Talia and this two parter didn't disappoint. I liked that Ras wasn't above kidnapping Robin and pretending his own daughter was a hostage in order to test Batman out as an heir (to the demon?) and the various scenes, mostly the fight scenes between the demon and the detective were the highlights of the episodes along with Talia's conflict with her loyalty to her father and growing attraction to Batman as well. The only downside is that Robin had bugger all to do and Ras's right hand man Ubu was just annoying throughout both episodes. 9/10 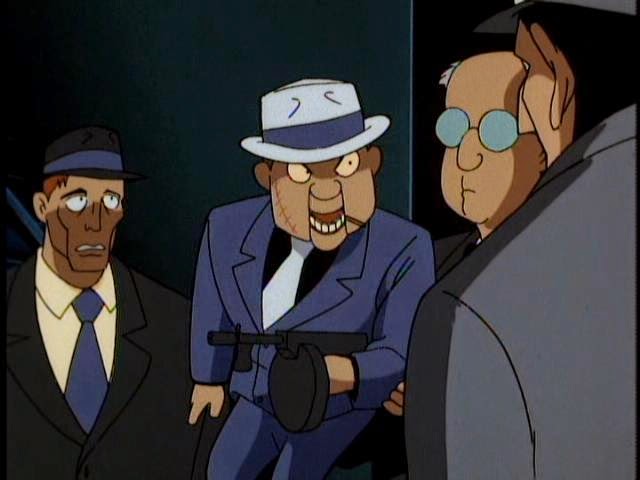 I like a good ventriloquist and I certainly did enjoy this episode with Scarface (not an original name but I'll allow it) being a typical gangster in wooden form and the power struggle between him and his 'dummy' was certainly amusing enough to watch before one of them ended up in the slammer and one of them ended up in a far worse state. The ending to this episode was suitably creepy and hinted that we haven't seen the last of Scarface just yet though. 7/10 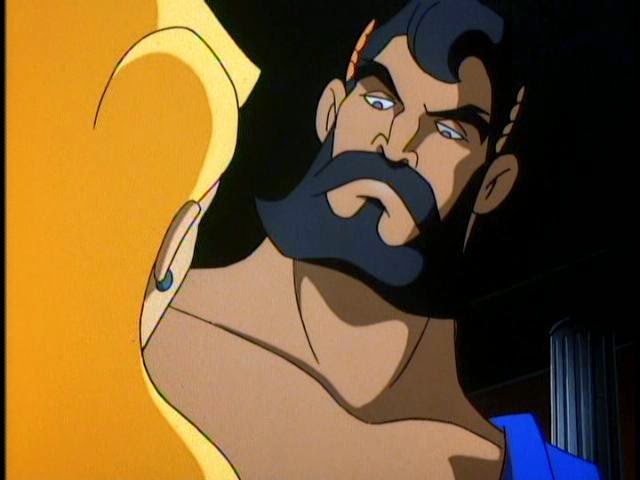 This was an interesting episode. It's the finale for the first season of this show and instead of trotting out a familiar Rogue Gallery member (though three of them appear at the end for thematic reasons in Arkham), instead the focus was on Batman facing off a shipping magnate named Maxie who believed that he was a reincarnation of Zeus. Throughout the episode, Maxie nearly  put his girlfriend and Gotham in danger because of his delusions before his eventual defeat. As an episode, it's certainly better than expected with Maxie being surprisingly sympathetic along with being dangerous as anything. 8/10

Next blog I'll focus on Shadow Of The Bat, Mudslide, The Worry Men and Paging The Crime Doctor.
Posted by shawnlunn2002 at 5:30 AM