Okay, it's been a while but here's a look at some of the things I've been watching for the last while. Another blog will surface on Monday. 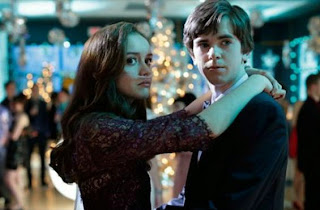 Bates Motel: This has truly been a wonderful series to watch. For ten episodes we've seen the origins of Norman Bates and his dangerously toxic relationship with his mother as well as a nicely handled delving into his inner workings and this first season finale left me wanting more. The winter dance setting was nice and the ending with the death of a main character all served as a nice build up into the next season. This show was an unexpected delight to watch. I will definitely be tuning in for the second season. 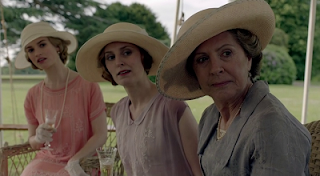 Downton Abbey: For the most part, I've liked the fourth series of this show just fine but Julian Fellowes really does need to learn how to write finales. Once upon a time he could do it well but for this year, we had a mainly uneventful 90 minutes where all the potentially interesting storylines were barely dealt with at all. Seriously, did anything really significant happen here? Green was bumped off offscreen, Thomas's hold on Baxter still wasn't explained and the Blake/Mary/Gillingham triangle was thrown in at the last minute along with Violet becoming privy to Edith's plight. Hopefully the Christmas special is made of better stuff. 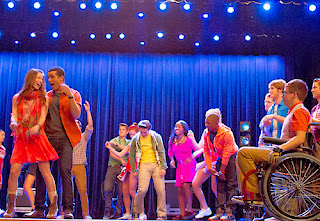 Glee: It's been a month since the tribute episode for Cory Monteith and the first two episodes since then have been largely fun and lighthearted ones. Even though this show's commentary on things such as twerking and the meaning of being either a Gaga or a Perry were mostly pointless, I did like the handling of Unique being bullied, Kurt and Rachel going wild and of course, Adam Lambert's appearance as well. This show will never be perfect but this run of episodes have been fun to watch though. 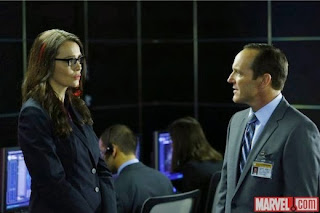 Marvel's Agents Of S.H.I.E.L.D: I have to admit this show is improving. I'm not sure if it's going to become gripping television for me, but I did like the last two episodes. I particularly thought in the last episode alone that Ward and Fitz made for a decent team, Melinda continues to kick ass, Skye has her moments, I'm softening a little towards Simmons and I like that Coulson is more suspicious of how he really came back to life. I also liked the fact that Saffron Burrows was added into the mix as Victoria Hand and I'm hoping that we'll be seeing more of her in later episodes. As well as the set up for a certain crossover as well.

Once Upon A Time: Forget the antics of Wonderland. The producers should just set up a detective agency spin-off with Belle and Ariel and audiences will come in their droves to see it. These two teaming up together was pure fun to watch but Ariel in general just seems to have sparked off with every character she's come into contact with. I am seriously hoping she becomes a regular by the second half of the season. As for the Pan stuff - it's still interesting but needs to move up a notch and I do that the Neal/Emma/Hook triangle isn't too dragged out for long though. Oh and an appearance from Ursula again would be lovely. 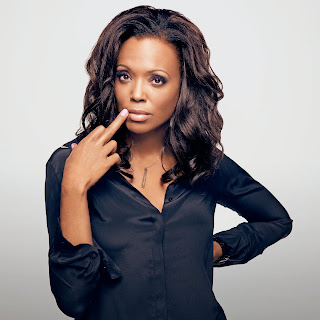 - Aisha Tyler will be appearing in Ryan Murphy's Open.
- Stevie Nicks will also be appearing in an upcoming episode of American Horror Story: Coven.
- SkyAtlantic have bagged the rights to HBO's True Detective and will air it shortly after US transmission in 2014.
- The US version of Come Dine With Me will air in December on Lifetime.
- There are rumours that a certain DC character will be appearing in Arrow soon, played by Steven R McQueen. Nightwing anyone? Take with a pinch of salt.
- HBO are working on their own version of Danish political drama, Borgen.
- How I Met Your Mother will be getting a spin-off called How I Met Your Dad.
- Netflix have commissioned a final season of six episodes for The Killing.
- Drew Goddard will be writing for the upcoming Daredevil series for Netflix.
- The Originals, The Tomorrow People and Reign have all been given full season orders by the CW.
Posted by shawnlunn2002 at 5:00 AM