And here is the second TV jumble blog ... 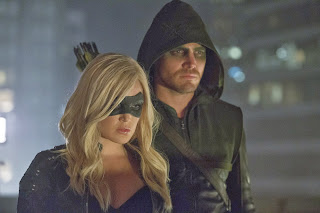 Arrow: These last few episodes have been a joy to watch. It's kind of a shame that Black Canary was quickly written out though because I've enjoyed her quite a lot and Oliver certainly has more chemistry with her than he does with Laurel at times. Of course, I do like that we got to see the League Of Assassins, had an allusion to Ra's Al Ghul and of course, I am loving the fact that Roy is getting more involved with helping Oliver and that Diggle has had some focus on him too. Overall, this is shaping up to be a great season for the show. 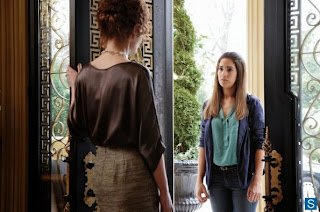 Devious Maids: Yeah, this show is still a guilty pleasure for me and halfway through it, I'm still enjoying it. I'll admit that while I'm warming to Carmen a little more, I am finding Rosie extremely annoying at times though. I don't really care that much about her affair with Spencer either for that matter. I am however enjoying learning more about Marisol's relationship with her son and while the Powells are awful people, they are also by far the strongest characters on the show as well. I think it's obvious though that while they're hiding something about Flora's death (and she really wasn't likeable in flashbacks), they're overall not responsible for it. I'm guessing here, I promise. 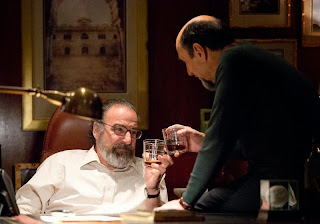 Homeland: Have the writers really decided to go down the pregnancy route with Carrie? Ugh, if there's one story we didn't need this season, it's probably this. In fact, we could also probably do with some more of Brody as well. The last episode I watched on Channel 4 was pretty decent and it was nice to see Saul being something of a BAMF but this season has become largely hit and miss at times too. I'm starting to wonder if commissioning a fourth run was a wise idea though. 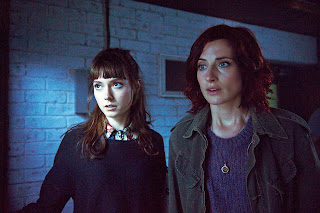 Misfits: The fifth series is an improvement on the previous year but like Homeland, I kind of find myself drifting with it this year. It also hasn't helped that it's airing against the more entertaining Gogglebox (that will be blogged about soon). The last few episodes gave us an innovative backstory for Abby, showed a better side to Alex, brought Jess and Rudy closer together, more or less outed the probation officer, had Finn as being somewhat more likeable and threw more hints about things to come. Overall, while the show's heydays are behind them, this has been a better show to watch compared to last series. 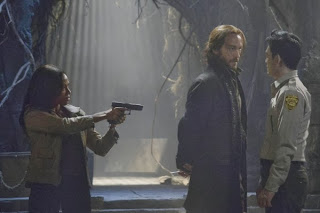 Sleepy Hollow: I almost wish Universal had waited until next year to air this show as so many are airing right now and it's taking me a while to catch up with them all. However, while this show is mostly lighter compared to others, I do think Ichabod and Abby make for a great pairing and it's nice that we're learning more about them with flashbacks with the former and the latter's sister being more prominent as well. The Horsemen plot while not entirely perfect or sustainable for future runs has also gotten a little better too over the last few episodes. 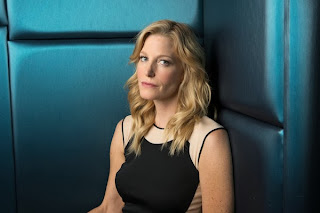 - Anna Gunn will be joining the cast of Gracepoint (aka the US version of Broadchurch). She'll be playing Ellie Miller while David Tennant's character has been renamed as Emmett Carver.
- Aly Michalka will be playing a love interest for Amber Tamblyn's character on Two And A Half Men.
- Jason Ritter will be returning to Parenthood.
- Brooke Shields will be guest appearing on The Michael Fox Show.
- Melissa Rosenberg will be scribing for Marvel's Jessica Jones series on Netflix.
- USA Network have picked up a six episode action adventure series called Dig from Tim Kring and Gideon Raff.
- Alan Alda will be appearing in The Blacklist.
- Mad Men's seventh and final season will be split in two, airing in both 2014 and 2015.
Posted by shawnlunn2002 at 6:03 AM