Still at the halfway point of American Horror Story: Coven and this was certainly an intriguing turns of events type of episode as well to boot. 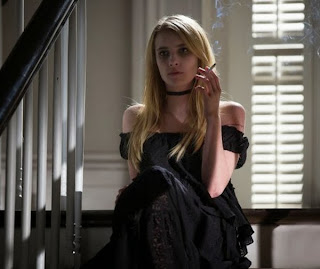 Not Feeling Quite Herself: Last week we saw Madison become the latest character (along with the Axeman) back from the dead and this week, she's feeling a little melancholy about it. There's a great scene at the start of the episode filled with a commentary about the youth of today and Madison did manage to bond with Kyle sexually as he's the only other person in the house to know what she's going through. Speaking of Kyle - a decent flashback for him as well but I'm not exactly enamoured with a whole Madison/Kyle/Zoe threesome antics. Overall, I do like that Madison is back properly into the mix and now that Cordelia and everyone is aware of Fiona's murderous ways, it'll be interesting to see how she's dealt with in later episodes. 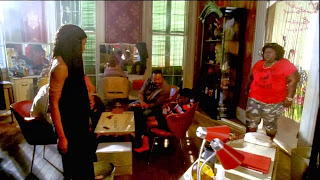 Switching Sides: You could say that Queenie is easily manipulated. Fiona was able to get her to become part of Myrtle's downfall a while ago and here, both LaLaurie and Marie played their part in manipulating her as well.  Even if LaLaurie is remorseful for her actions, that flashback where she murdered an innocent woman's baby as part of her beauty regime meant that she deserved to be captured by Marie, betrayed by Queenie and subjected to the same tortures she happily inflicted on those who were unfortunate enough to be her slave at the time. That being said, Marie continues to be somewhat unsympathetic as well, which doesn't help this plotline in parts. 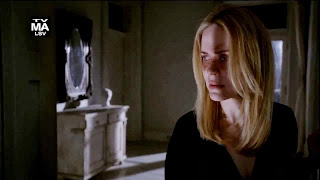 BAMF Alert: Ever since Cordelia became a seer, it's like she's become a much stronger character and this episode continued that trend. Not only did she continue to give Hank the cold shoulder, but she quickly realised what happened to Madison and confronted Zoe about both her mother and the Axeman as well. It is starting to look like Zoe really is the Supreme but it's hard to deny that both her and Cordelia are growing impressively as characters. Marie might want to be very afraid soon. Fiona and Delphine are one thing but does she really want to start a war with Cordelia, Zoe and perhaps Misty? The latter sadly being a no show in this episode though. 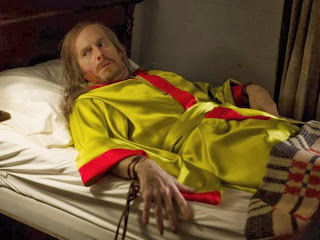 Bye Spalding: Now I love Denis O'Hare and think he's bloody fantastic. He's certainly given Spalding plenty in his episodes but for some reason, I am hoping that his death sticks for a few reasons. Mainly because there needs to be some consequences for siding with Fiona and also because it was a great moment for Zoe when she restored his tongue, got him to confess about Fiona bumping off Madison and then killed him. Seriously, how brilliant has Zoe become as a character? It might be a shame to lose Spalding as a result of it though but them are the breaks though. 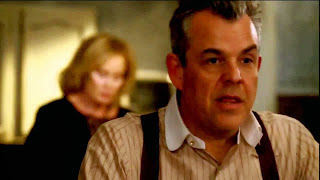 Life Stalking: If ever a man had to fall deeply in love with Fiona, of course he'd have to be a fecking serial killer like the Axeman. The fact that he's been actively stalking/protecting her for all of her life and knows her darkest secrets just makes their whole relationship that extra bit macabre. The relationship is twisted but it was a good way of keeping Fiona out of the main action this week and she's probably safer with the Axeman at the moment than she will be when the likes of Zoe and Cordelia get their hands on her.

In two weeks time, it looks like Fiona is screwed, Misty has a target on her and both Zoe and Cordelia continue being BAMFs. I have to wait two weeks for this?
Posted by shawnlunn2002 at 5:23 AM