The Bicentennial Of Charles Dickens

February 2012 will make the bicentennial of Charles Dickens and the BBC are certainly getting into the spirit already. With various documentaries slated for BBC4 over the Christmas, there's also at least three of his novels have been adapated to air over the next month ....

The Bleak Old Shop Of Stuff 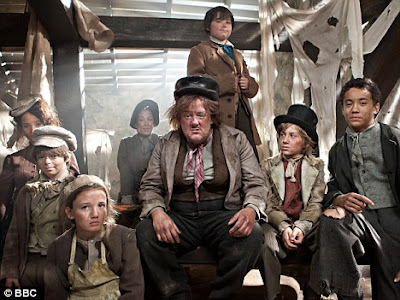 Starring: Robert Webb, Katherine Parkinson, Stephen Fry, Celia Imrie, Johnny Vegas.
Synopsis: Jedrington owns the bleak shop of stuff and finds himself and his family evicted on Christmas Eve and is forced into a debtor's prison. He does however receive help from the Artful Codger of all people. Be warned, it's something of a parody this one.
Airing: December 19th, 8.30pm on BBC2. Three other episodes to air in January, times/dates to be confirmed. 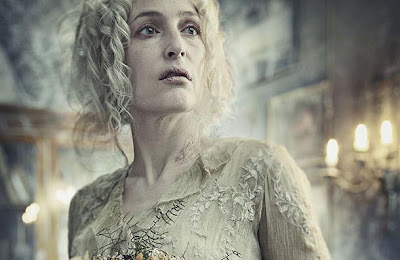 Starring: Gillian Anderson, Ray Winstone, David Suchet, Douglas Booth, Claire Rushbook, Shaun Dooley.
Synopsis: Pip is brought up by his sister and her husband but soon becomes company for Estrella, the adopted daughter of Mrs Haversham, a woman who has a thing for sabotaging happiness, due to her own past rejection.
Airing: December 27th-29th, 9pm on BBC1 for three episodes.

The Mystery Of Edwin Drood 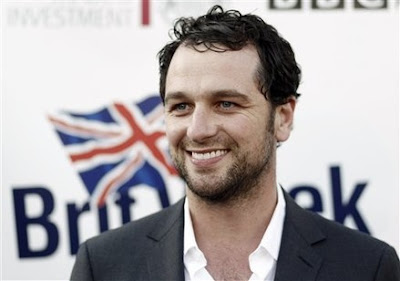 Starring: Matthew Rhys, Freddie Fox, Tamsin Merchant, Alun Armstrong, Ron Cook.
Synopsis: Choirmaster and secret opium user, John Jasper lusts for Rosa Bud, the woman that his nephew's love interest. When Edwin winds up dead, there can only be one person to blame. This was Dickens last novel and therefore uncompleted, so we never find out who the killer is, though one suspects it's the most obvious of culprits.
Airing: January 10th and 11th at 9pm for two episodes on BBC2. This was originally meant for BBC4.

I have to admit it's an interesting list of stories to adapt but there's a part of me that wonders if they all need to be two-parters/three-parters/four-parters instead of the usual 90 minute/two hour thing. It might have meant more than three novel adaptations. Still, it's a good way of celebrating one of the most influential writers on TV and now it makes perfect sense that Simon Callow reprised his Dickens role in The Wedding Of River Song recently.
Posted by shawnlunn2002 at 7:53 AM