Okay, not the last blog for 2011 but the last soap related one for this year at the very least. 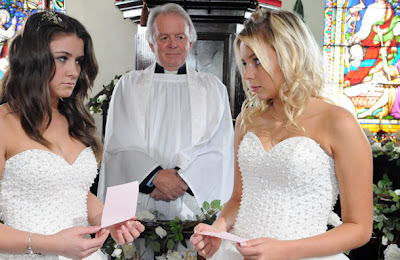 Coronation Street: Well, this has been a better month than most. Still not loving the whole Peter/Carla affair or the increasingly pained rivalry between Tina and Kirsty but the rest has been good. Trust Tracy of all people to use a miscarriage to drive a further wedge between Steve and Becky and also trust this show to use a wedding between Sophie and Sian to ultimately be the couple's undoing. Well, that and Amber of course. 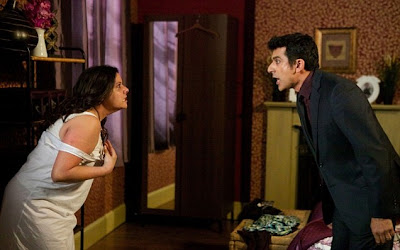 EastEnders: An excellent month. After becoming well too drawn out, Boxing Day finally done us all a favour and ended Yusef's reign of terror on Albert Square whilst taking the lazy route and revealing Ben to be responsible for Phil being stalked. On the plus side, there's something delightfully gratifying in seeing Denise dropping Phil in it for Kevin's death and Bianca's return was also another well done moment too. All that's left now is Janine's little surprise and the death of a beloved character to kick 2012 off in style. 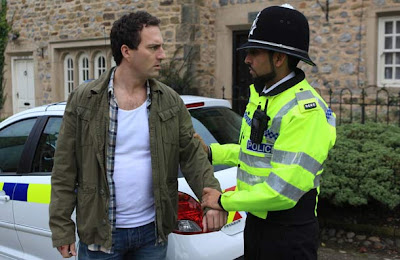 Emmerdale: I remember there was a time when someone could actually kill someone on this show if they put their mind to it, but alas, Cain had to survive being clobbered and we'll have to wait a while before they reveal the actual culprit. Still, it would take Cain as a character to use a near death experience to drive both Charity and Jai apart, wouldn't it? And that's the best plot we've had because Ashley/Laurel's marital woes due to Marlon paled in comparison as did the latest spat between Debbie and Alicia. 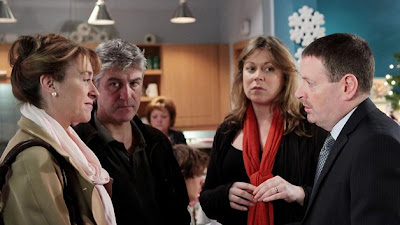 Fair City: Yeah, I've more or less given up on this one and won't be discussing it from next month onwards. The affair plot with Tommy and Jo has taken up too much screentime and I have no interest in Leo and Dean's love lives either, though the Christmas episodes and Denzo's brief comeback were alright. 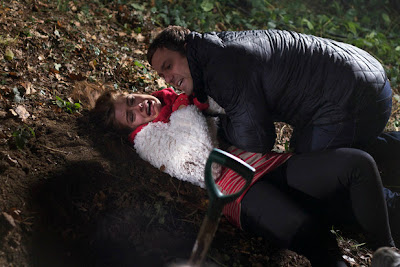 Hollyoaks: Another strong month for the programme - the Freshers became more integrated into the show, both Warren and Ethan were given reasonably good exits and Mitzeee managed to actually survive betraying the former while Doug got some ghostly advice in order to stay alive. All of which was better than the constant back and forth with Riley and Mercedes and the writers attempts of giving Dodger some depth.
Posted by shawnlunn2002 at 5:48 AM