And with eight days to go, here are some pictures of the second series of BBC's Sherlock to behold. 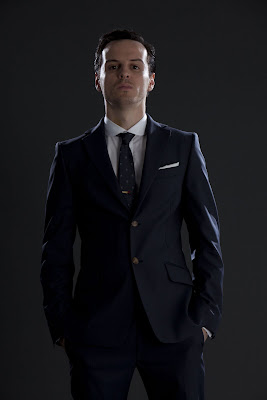 Andrew Scott certainly looks dapper in a suit as Jim Moriarty and considering that we've got him in both A Scandal In Belgravia and The Reichenback Fall, he should be causing more headaches for Sherlock and Watson. 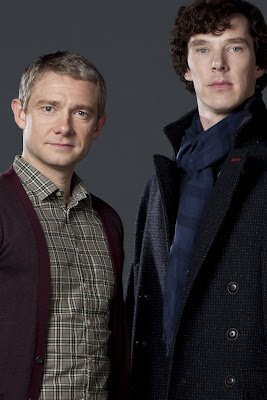 Benedict Cumberbatch and Martin Freeman as Sherlock Holmes and John Watson respectively. A second year working together and also there's a moment where they, er, punch each other. Should be interesting to see. 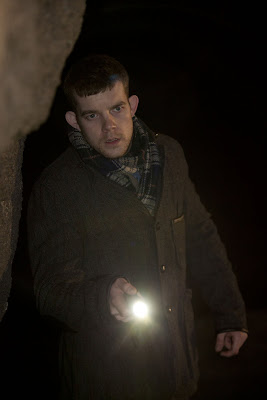 Russell Tovey as the tormented Henry Night. I have to admit, I am looking forward to seeing how Mark Gatiss reimagines The Hounds Of Baskerville. 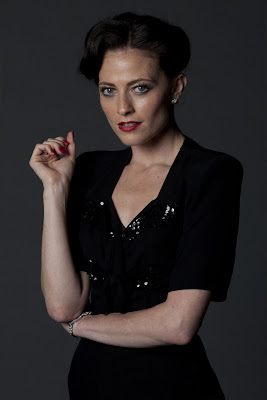 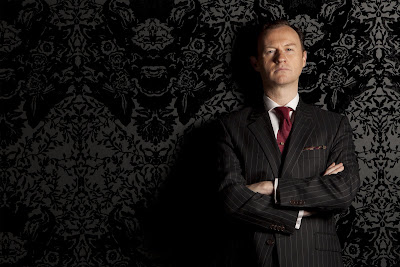