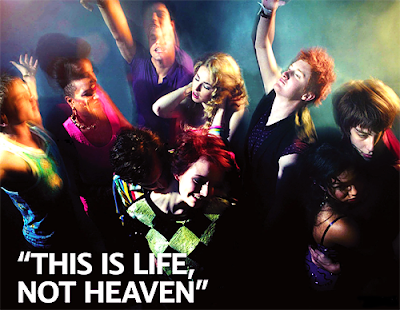 With the new series scheduled to air late next month, a cast picture of the sixth and final season (I'm assuming we're not getting a fourth generation) of Skins has finally been released and while it looks like Franky, Mini, Matty, Nick, Alo, Liv, Rich and Grace are back, there's also a new guy called Alex added into the mix as well played by Sam Jackson. Oh and the character is gay - Gay Times have an interview with the actor, out now. Linked below is an interview with some of the cast, containing spoilers.