The X Factor UK Bags A Winner, US Bags Controversy

And we have a winner at long last. Anyone not see this victory coming a mile off? 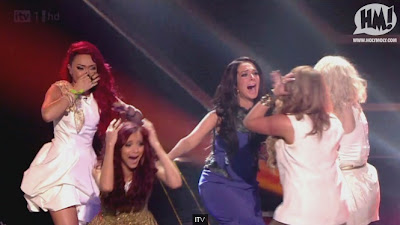 I called it a few weeks and during last night's overlong finale (really, two hours is not justified, especially some of those hours mean that we had to put up with Westlife and Michael Buble), Little Mix were finally declared the winners with a cover of Damien Rice's Cannonball being their Christmas single. Personally I would've rathered their version of Silent Night or Don't Let Go. It's nice that a group finally won it after eight series and out of the judges, Tulisa irritated me the least. Whether or not these girls have a bright future ahead or will be a flash in the pan remains to be seen though. The less good news about the finale was that it was 3.5 million viewers down from last year. Have viewers finally tired of The X Factor or is this press just overreacting to ratings like they've done with Coronation Street and Doctor Who this year? 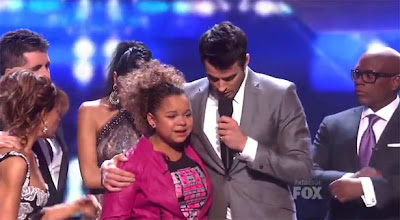 Meanwhile the US X Factor has finally generated something worth talking about with the surprise axing of Rachel Crowe (even I didn't see it coming) when Nicole Scherzinger put the girl's fate to deadlock. Rachel's axing was surprising and seeing her meltdown wasn't pleasant but she'll get over it and those idiots out there calling for Nicole's head need to lighten up and realise it's only a TV show after all. Nicole hasn't endeared herself as a judge but I'm not sure she deserves to lose her job because of this either.
Posted by shawnlunn2002 at 7:12 AM